Watch the LIL vs RWW highlights 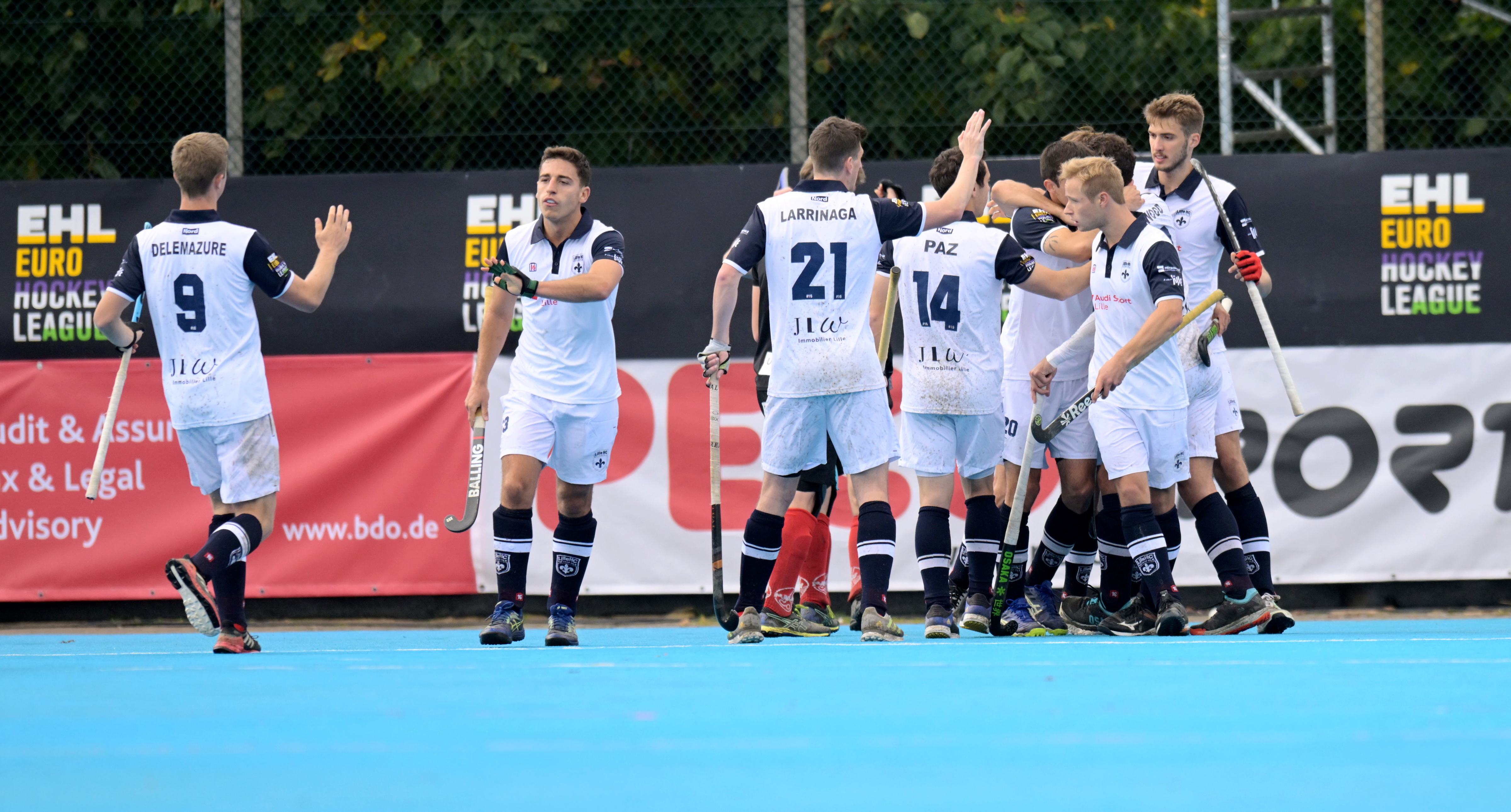 Lille MHC picked up their first EHL victory as they got the best of Rotweiss Wettingen in a dramatic shoot-out to open day two in Hamburg.

The French side led twice courtesy of low drag-flicks from Viktor Lockwood, picking out the bottom corner in the first quarter for an early lead. Jonas Winkler countered with a similar effort, whipping in a similar low drag which made its way through Corentin Saunier.

Lockwood restored the gap with another corner flick before half-time for a 2-1 lead and it stayed that way until 110 seconds from the final whistle. Winkler produced a moment of magic on the right baseline to slide home the leveller at 2-2.

In the shoot-out, though, Lille were perfect with three from three while Saunier kept out all of the Wettingen efforts to win out 3-0.