Watch the KAM vs DRA highlights 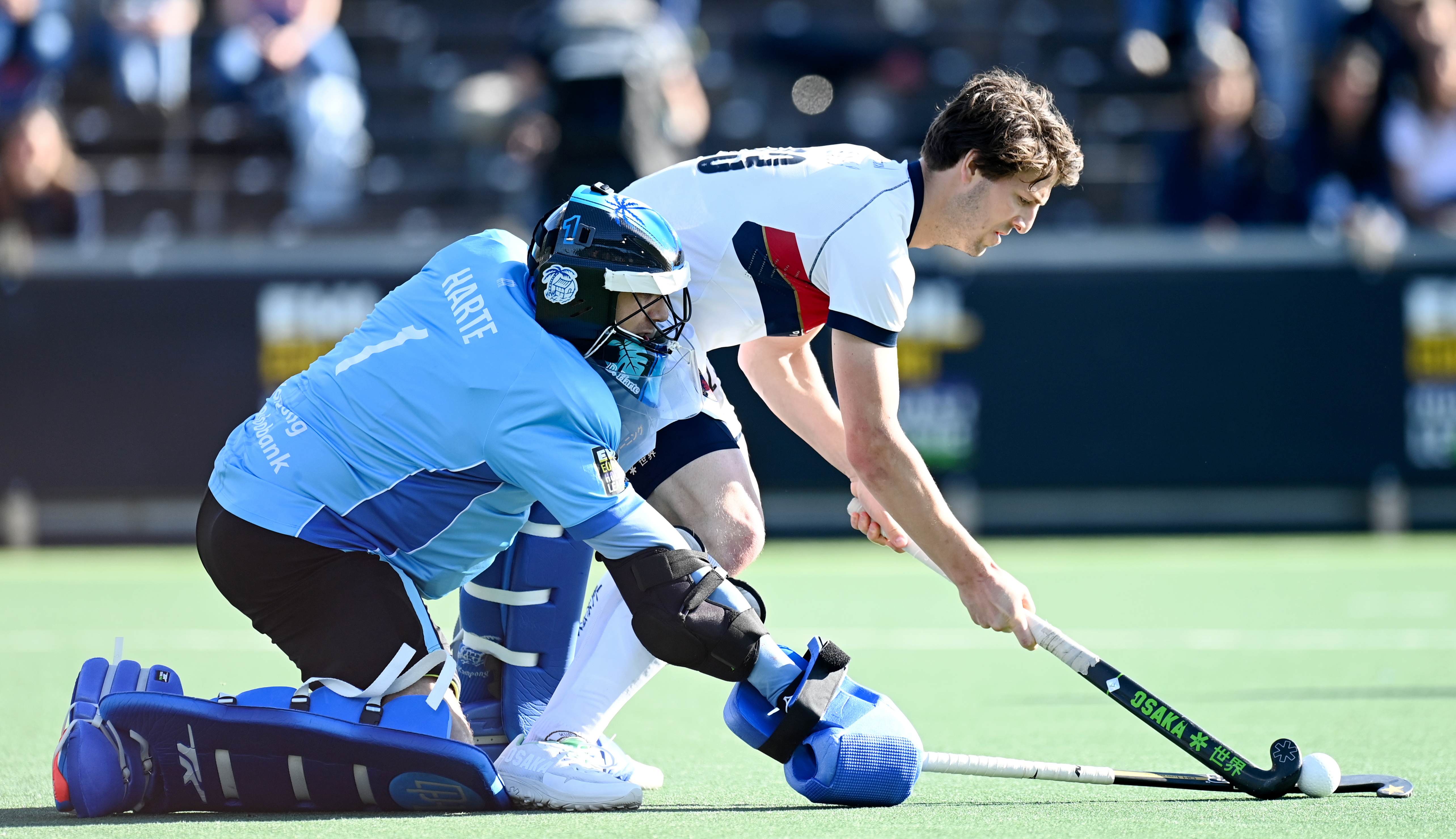 KHC Dragons won their shoot-out to earn fifth place ranking points with Kampong settling for seventh overall from the ABN AMRO EHL following another thriller at the Wagener Stadium.

In normal time, Dragons built a 2-0 lead through Felix Denayer and Nicolas Della Torre before Mats Gruter and Jip Janssen got them back level but shoot-out strikes from Denayer, Robert Rubens and a rocket from Lucas Martinez paved the way to victory.

Dragons took the lead in the first half following a brilliant counter-attack. Matthew Cobbaert picked the pocket of Lars Balk on halfway and they tore away, slipping the ball right to Victor Foubert on the right and his cross was met perfectly by Felix Denayer.

Things got even better for the Brasschaat side when Nicolas Della Torre caught a sweet shot after his initial penalty corner was well saved, making it 2-0.

Kampong fought back and halved the deficit in the 35th minute with Mats Gruter deflecting in the ball following some ping-pong in the circle.

Jip Janssen tied it up with a low corner push in the 46th minute as the game opened right up but Kampong’s chances of grabbing a winner were limited when both Janssen and Balk picked up yellows in the last 10 minutes.

Dragons had more of the play in this phase but no further scores meant a shoot-out. There was some top goalkeeping in the early rounds as only Denayer scored from the first four efforts.

Terrance Pieters equalised but Robbert Rubens put Dragons back in front and they held that 2-1 edge into round five where Martinez sealed the deal.