Watch the DKZ vs SUR highlights 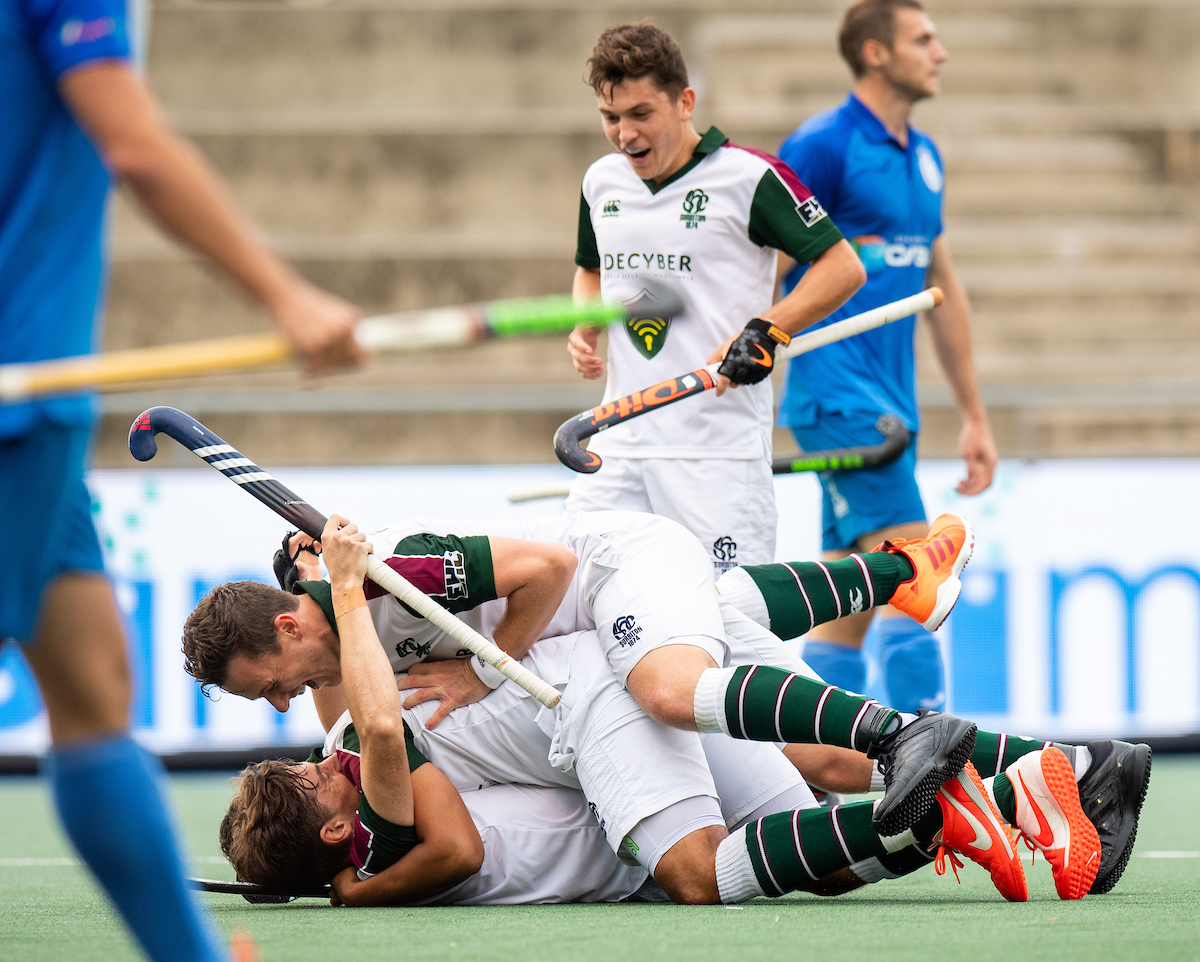 Kazan started the game playing with some great fluidity and fitness (coming off the back of their domestic season) as they had the best of the first quarter. Kazan went ahead in the 2nd minute, a quick free caught Surbiton’s off guard finished off by Linar Fattakov.

Surbiton, encouraged by coach Mark Pearn at the quarter break to increase their intensity, did earn a pc in the 20th minute, but the shot went wide. Alan Forsyth was, as usual, causing havoc in the Kazan defence, but seemed unable to link up with his fellow players to make an impact. The score remained 1-0 at the half time break.

Surbiton equalised in the first minute of the second half, James Royce getting his pc shot on target as he rattled the side netting! Surbiton got more into the game in this quarter. A pc awarded in the 40th minute wasn’t quite cleared and Alan Forsyth found himself unmarked on the back post as he pounced on the loose ball to put Surbiton ahead for the first time in the game. A darting run down the right hand side from Jonty Griffiths found Tom Sorsby on the flick spot and he didn’t hesitate in popping it in the back of the net, bringing the score to 1-3 in favour of Surbiton going into the final quarter.

The final quarter Surbiton moved up a gear and dominated adding another goal, this time a penalty stroke converted by Alan Forsyth in the 54th minute. Kazan ran out of steam and was unable to make a comeback, meaning Surbiton earn the final slot in the Final8 at Easter 2020.

Speaking to Surbiton’s Captain Johnny Gall he said that following a nervous start the team talk at half time was all about trying to relax and calm down, “We have real talent upfront, so we knew we needed to get the ball to them. The injuries in the first game certainly rattled the team, but the guys have shown real character today to get the job done. We have been the team of “nearly there’, but under Mark (Pearn’s) leadership we have been working on the positives.”

What does this mean to Surbiton? “We appreciate the massive work from the whole club behind the scenes. This win is as much for them as it is for us.”