Watch the RCP vs HAR highlights 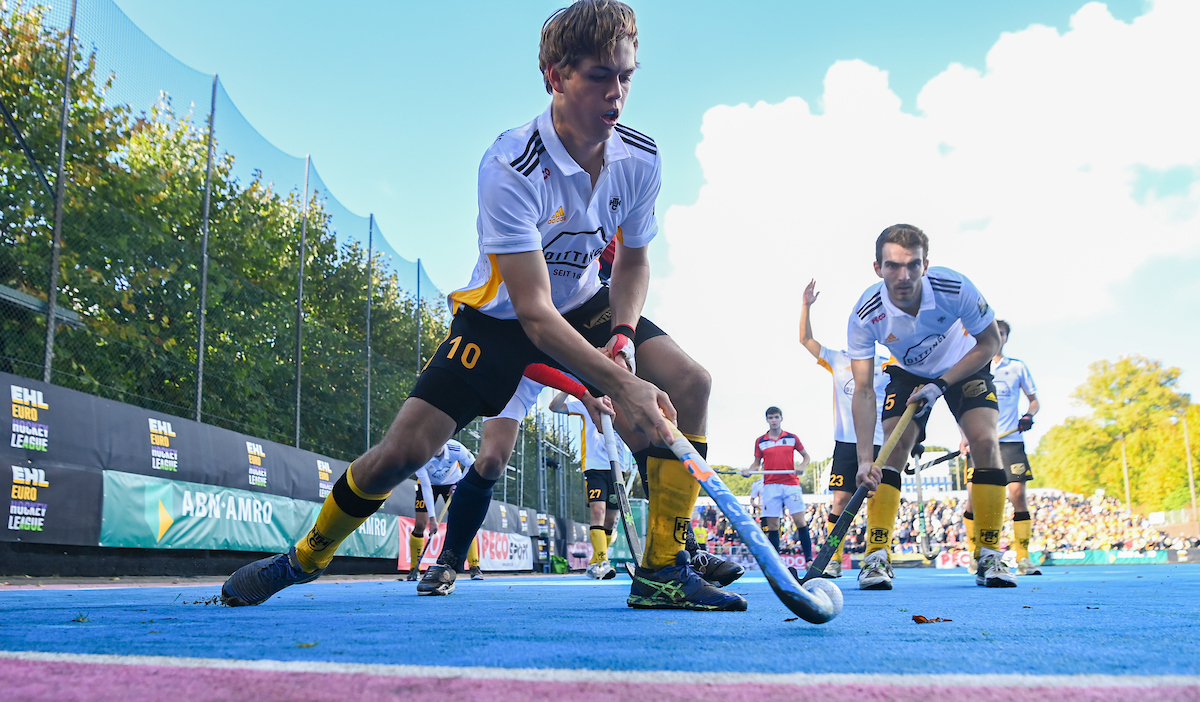 Harvestehuder THC delighted their huge black and yellow wall as they saw off the challenge of Real Club de Polo to advance to the FINAL8.

It capped off a wonderful weekend at Vossberg with 17-year-olds Ben Hasbach and Paul Glander on the mark either side of a Moritz Frey goal.

Early on, Polo did force a number of big saves from Anton Brinckman in the first quarter as they came out firing with an impressive early showing.

But HTHC worked through the gears and the game hinged on a super spell just before half-time. Nqobile Ntuli’s trickery won a corner down the left flank which Hasbach nailed with a powerful drag-flick into the backboard.

Within a minute, it was 2-0. George Farrant took on a free quickly and worked into the circle where Santiago Binaghi touched it to Moritz Frey to score his third goal of the weekend.

It looked set for an even bigger lead when HTHC won a stroke but Luis Calzado reacted well to deny Michael Körper from the spot. Luis Holste then hit the post after more Ntuli magic and Glander banged the crossbar from a corner as they looked to kill off the tie in the third quarter.

It eventually came via Glander and while he did not catch his flick fully, it had enough power direction on it to make it into the bottom corner.

Polo fought right through to the final whistle, drawing another series of saves from Brinckman who kept his sheet clean and maintain the 3-0 scoreline and start the party in earnest.