Watch the PIN vs OGS highlights 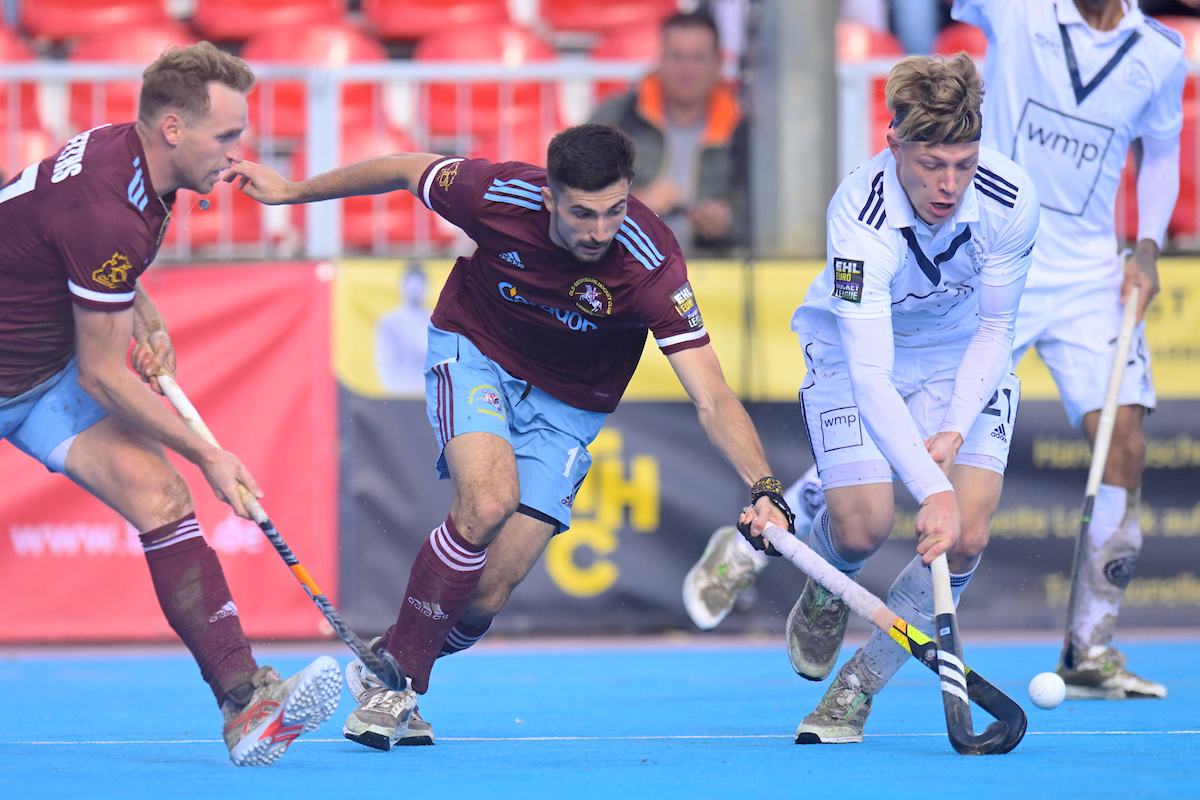 Pinoké completed the perfect debut weekend as they advance to the FINAL8 with a 3-1 success against fellow newcomers Old Georgians as their clinical attack and rock solid corner defence served them well.

Goals from Marlon Landbrug, Sebastien Dockier and Miles Bukkens saw them build a three-goal lead before Lee Morton got a late consolation.

The story of the early stages, though, was of penalty corners as OGs piled on the pressure and won a string of set piece chances. One of them was upgraded to a stroke after a Sam Ward shot hit a body on the line but the follow-up effort from the striker was brilliantly saved by Hidde Brink.

James Carson was also denied by a brilliant Brink stop at the left post while two more Ward efforts flashed across the face of goal.

Pinoké survived that onslaught and then took their chance when it came, a sublime take out of mid-air to fish the ball back into play. His pass went into the laneway of Landbrug who controlled and pushed in with quick hands.

They held that edge into half-time and then got a second via Dockier following another long run and cross from Bukkens with Florent van Aubel picking up possession. He fired it to the back post for the tip-in.

Bukkens then got his goal at the end of another speedy move, Janis van Hattum making the inroads before laying the ball out to Daniel Aarts who made the final pass.

Georgians did apply plenty of pressure during the final quarter but could not find the net from their corners while the Morton goal – a beautiful piece of control and finish – was too late to affect the outcome.