Watch the AMS vs GAN highlights 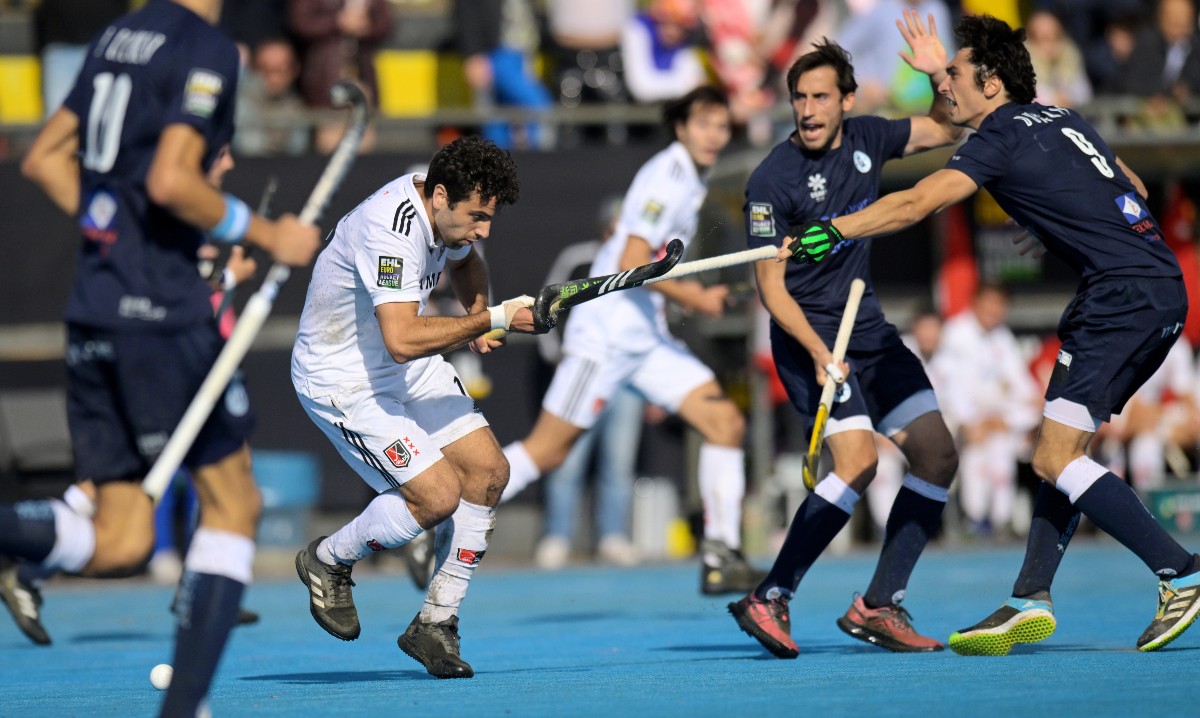 Gantoise reached the EHL Men’s FINAL8 for the first time in their history with a dramatic shoot-out win over AH&BC Amsterdam in Hamburg.

Tomi Santiago produced an immaculate pair of saves to help them win out 4-2, matching his heroics during normal time as they came back from a goal down to draw 1-1.

In the first half, the goalkeeper made a string of good stops as Amsterdam came on strone, creating many chances, the pick of the blocks denying Valentin Verga with a cracking hit at goal.

Verga did play a central part in putting the Dutch side in front six minutes into the second half, stealing the ball on the 23-metre line before laying off for Mirco Pruijser to flick in from close range.

Gantoise responded brilliantly with Roman Duvekot drawing a double save from Joren Romijn and then got the levelling goal when he got a lovely touch to Guillaume Hellin’s pass into the circle.

It came during a fine spell of pressure with both having chances to win it; neither went in and so it went to shoot-out where Gantoise scored all four of their efforts. In reply, Santiago denied both Verga and Boris Burkhardt to sent them through to next Easter’s finale.