Watch the ATL vs BLO highlights 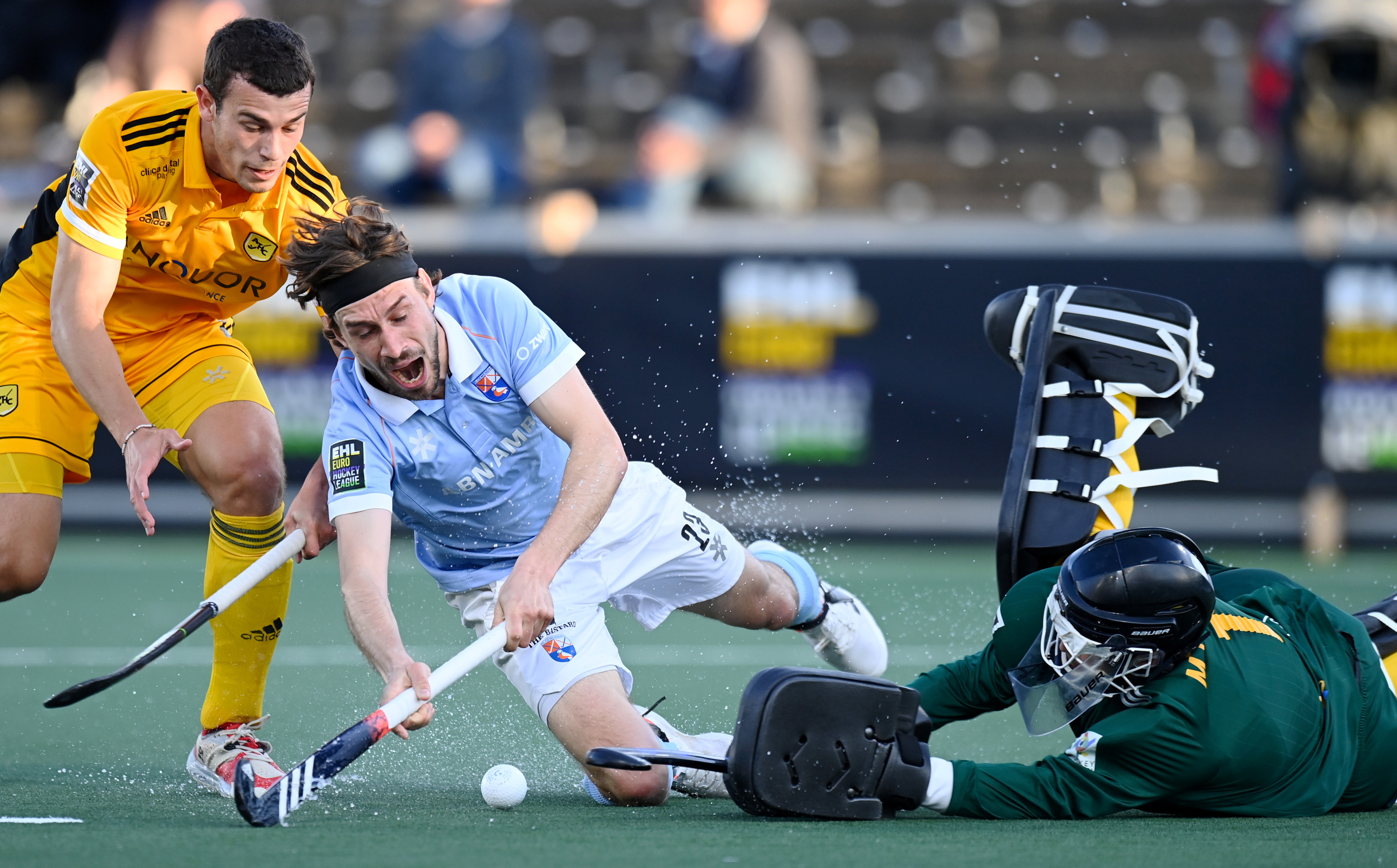 eigning champions HC Bloemendaal won a cracking tie to end day two, seeing off Atlètic Terrassa in front of a loud and lively crowd in a repeat of the 2021 GRAND FINAL.

Second quarter goals from Thierry Brinkman and Tim Swaen set Bloemendaal on their way but a reply from Pol Cabre-Verdiel set up a big finish, settled only by Florian Fuchs very late on.

The tone was set in the early seconds with Jorrit Croon’s weaving run and flick testing Marc Calzada who had a fine night in the Atlèti goal. Jasper Brinkman was also denied when he slipped while firing a drag-flick at goal.

The pressure told in the 19th minute when Swaen powered the ball into the circle and Brinkman got a delicate touch that took it out of reach of Calzada for 1-0.

Fuchs was bundled over for a penalty stroke later in the second quarter but Calzada stood tall and got across to save from Arthur van Doren. The respite was brief, though, as Bloemendaal earned another corner just before the big break and Swaen this time found the bottom corner.

Jasper Brinkman’s dancing run and follow up corner shot were saved in unorthodox fashion by Calzada early in the second half.

Atlètic, though, stuck to their guns, defending smartly and not offering many cheap chances to Bloemendaal. They had caused moments of panic in attack and they set up a grandstand finish when Marc Escudé’s brilliant run around the baseline.

He was able to pick out Cabre-Verdiel who slammed in with glee and there was time left to force an equaliser. But, in their efforts to throw everything forward, they were stung when Jasper Brinkman again was found high up the pitch.

His cross went behind Tom Hiebendaal who cleverly laid the ball back on the slide to Fuchs to smash in.