Watch the GAN vs SUR highlights 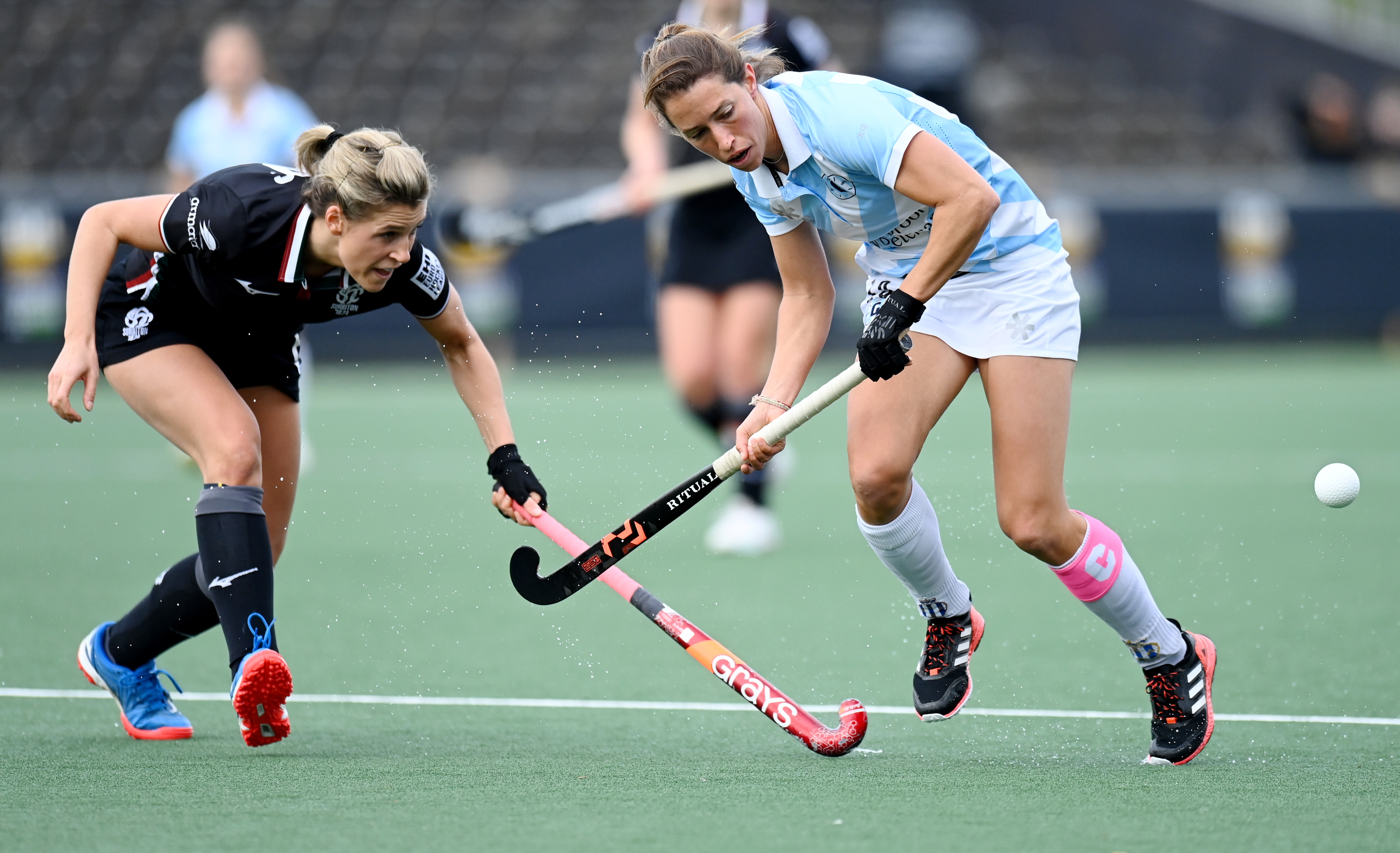 Gantoise enjoyed an EHL debut to remember as they advanced to the FINAL4 with an early flurry of goals doing the damage.

They are the first Belgian women’s team to play in the EHL and they got off to the perfect start when Ambre Ballenghien intercepted the ball off the last defender in the first minute and was impeded when about to shoot.

It led to a stroke which Stephanie vanden Borre nailed with 48 seconds on the clock as they controlled much of the opening quarter.

They were stung, however, from a brilliant counter-strike with Darcy Bourne – the English league’s top scorer finding the smallest piece of space to shoot on her backhand into the bottom corner.

Within a minute, though, the excellent Emilie Sinia was picking up a brilliant angled pass from Alix Gerniers through the middle, controlling and crashing into the top corner in a quick movement.

After that lightning start, the game became a tighter, tactical battle with Gantoise having most of the play but Surbiton closing down the openings.

The English club survived a series of penalty corners as Steph Elliott picked up a yellow card in Q3, Sabbie Heesh getting down low to block each effort.

Surbiton were finding it hard to break out but they did when Barbara Nelen was in the sin-bin. They won a corner which Meg Dowthwait cracked against the base of the post. Georgie Twigg then had a couple of chances repelled by Pauline de Ryck.

But when Elliott picked up a second yellow card, Gantoise were able to finished out the game comfortably and advance to the FINAL4 for the first time.