Watch the DUS vs JUN highlights 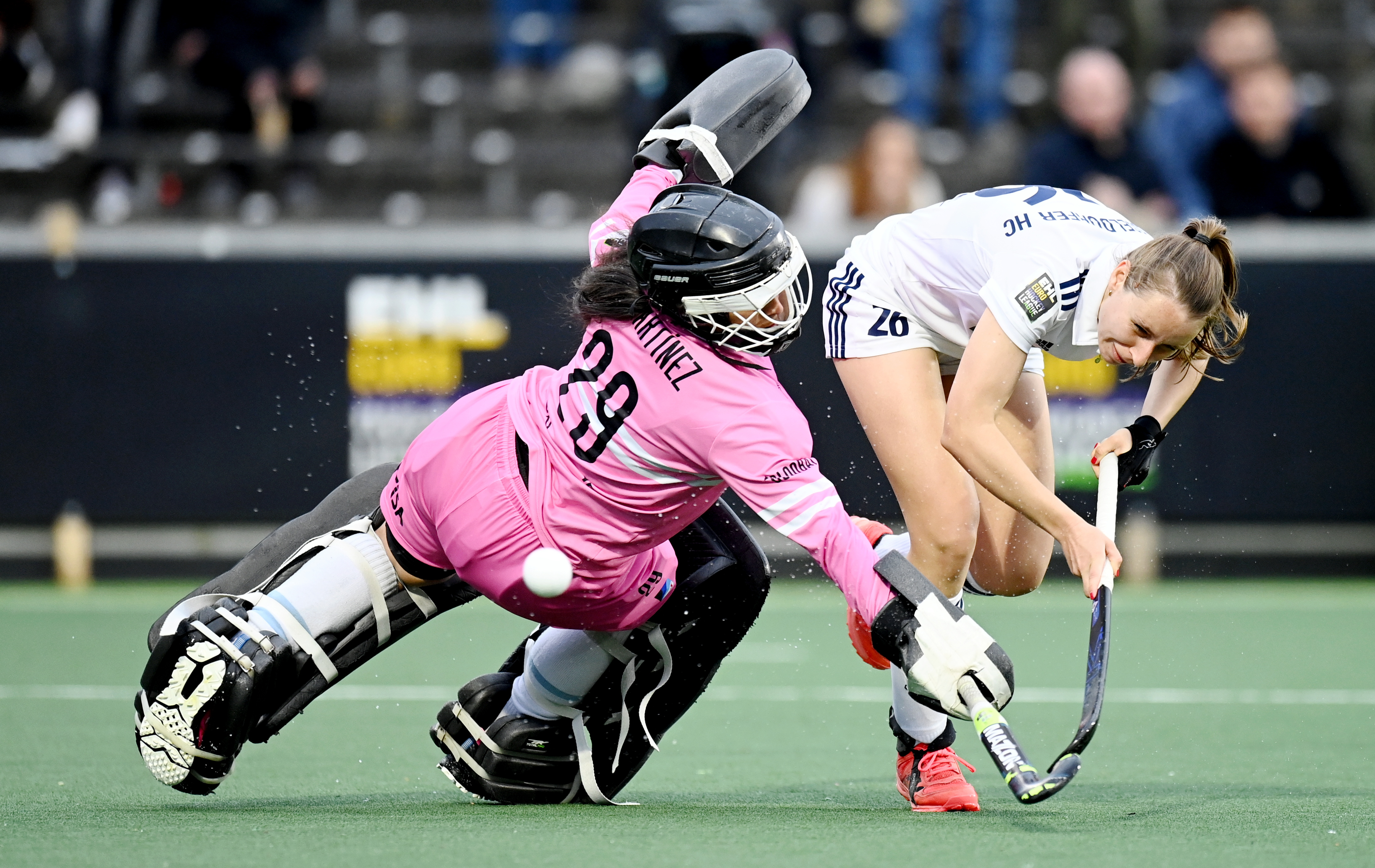 Junior FC won their first ever EHL women’s fixture as Jana Martinez and Carlote Petchame produced the shoot-out heroics to get the better of their rival newcomer Düsseldorfer HC.

Normal time could not produce a goal but it was the Spanish second seed who prevailed 2-1 with Petchame applying the winning touch.

Düsseldorf had the clearer openings in the first half with a couple of bouncing balls behind the last defender almost getting the vital touch from Sophia Schwabe and Sara Strauss.

The latter went closest, her touch going under goalkeeper Natalia Salvador but the covering Gigi Oliva cleared off the line.

Salvador also did brilliantly to shut down Annika Sprink from a well-worked corner routine as the German side looked the stronger in the first half.

Junior, though, were the side in the ascendancy in the second half. Anna Gil almost nicked one on the Q3 hooter while Elisa Gräve had the best of the final quarter openings but Jana Martinez, now installed in goal, palmed her reverse away well.

Scoreless in normal time, it set up the shoot-out where both goalkeepers excellent with both Martinez and Nathalie Kubalski saving three of the first four efforts. Round two saw Gräve score as did Oliva with a cheeky lob over Kubalski, a beautiful piece of work.

When Martinez kept out Selin Oruz, it allowed Petchame the chance to swivel on her backhand to strike home a memorable clinching shoot-out.