Watch the SUR vs RCP highlights 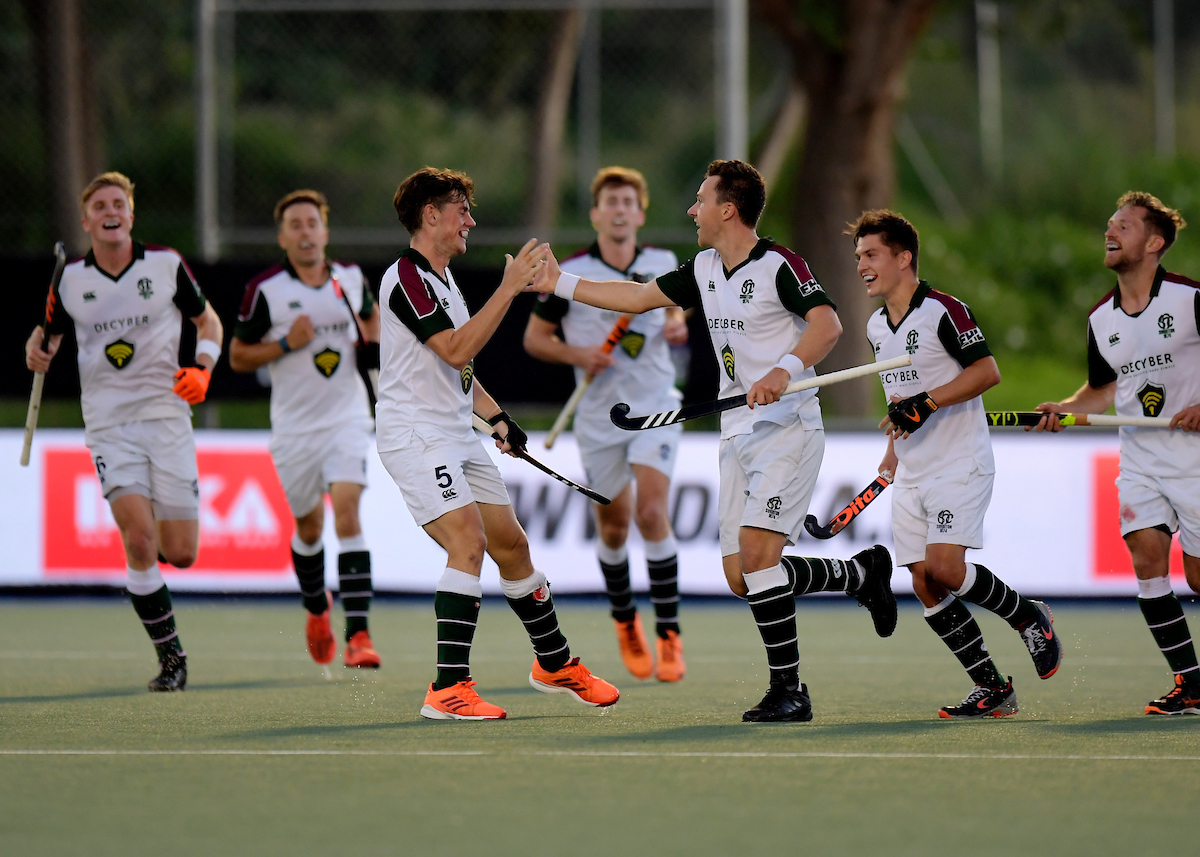 Alan Forsyth’s outstanding double and a double from Luke Taylor saw Surbiton run up a superb 5-2 win over hometown side Real Club de Polo to reach the KO8 at the Pau Negre Stadium.

The final game of the day started as the sun started to set and was hanging low over the stadium and we were treated to a pulsating game from both sides in a brilliant match-up, a fitting end to the first day of the world’s best club hockey competition.

The English had lost their last meeting with Polo 3-0 but they certainly weren’t overawed by the challenge, taking the fight to Polo and winning a series of early corners.

In the 5th minute, they took the lead from their third set piece, a smart swivel into Forsyth’s pass and his push – via a deflection – put Surbiton ahead 1-0.

Polo answered in less than 2 minutes as they moved the ball quickly up the left side with Borja Llorens Purti getting his pass perfectly to Javier Cabot ramped in a gorgeous deflection at close range. 1-1.

Surbiton earned their 4th pc of the game as the Spanish side’s defence was a little heavy on the Surbiton forward. The shot; this time no swivel, no passing, just a perfect direct flick low and hard from Taylor to put Surbiton ahead 2-1.

In the 12th minute, Vicenc Ruiz was sent to the bin with a green card for a tackle on Surbiton’s David Beckett, who went off injured, the second green of the game (the first was for Surbiton’s Zach Wallace in the 5th minute).

Early in the second quarter, Polo earned their first corner but it was not converted. Surbiton lost another player to injury as Brendan Creed went down with what looked like a twist of the knee. A difficult time for Surbiton to lose two key players in the game. But they continued to hold their lead.

Polo pressed hard in the 23rd minute, winning two frees and then finally a penalty corner. An excellent save from Surbiton’s keeper Harry Gibson and was batted away and then cleared by Surbiton’s postman.

A game full of passion as both sides really want to push ahead for the coveted place in the KO8, the half-time score remained 2-1.

The Londoners had the perfect start to the second half as Forsyth forced his way into Polo’s D, his good work finished at close range by Zach Wallace.

Surbiton’s James Royce was shown a yellow card in the 34th minute. Polo responded to the card and extra man by pressing high and, with a flurry of action, Vicenc Ruiz scored to bring the game back to 3-2.

They were denied an equaliser when Tom Sorsby cleared off the line with a minute left in the fourth quarter but Surbiton finished much the stronger and from another series of corners, they went 4-2 up, Taylor getting his second of the evening.

Not looking defeated Polo continued to press Surbiton’s defence at pace, earning them a pc. Xavi Lleonart on strike was on target but Harry Gibson claimed it and bashed it away to safety.

With 9 minutes left on the clock, Polo kept pressing the Surbiton defence forcing Luke Taylor to throw a massive aerial pass to relieve the pressure.

Alan Forsyth causing havoc, as he often does, took an inch-perfect shot in the 54th minute, leaving the keeper with no chance of getting to it. With all 11 Surbiton men now behind the ball, they were able to defend their 5-2 lead through to the finish.