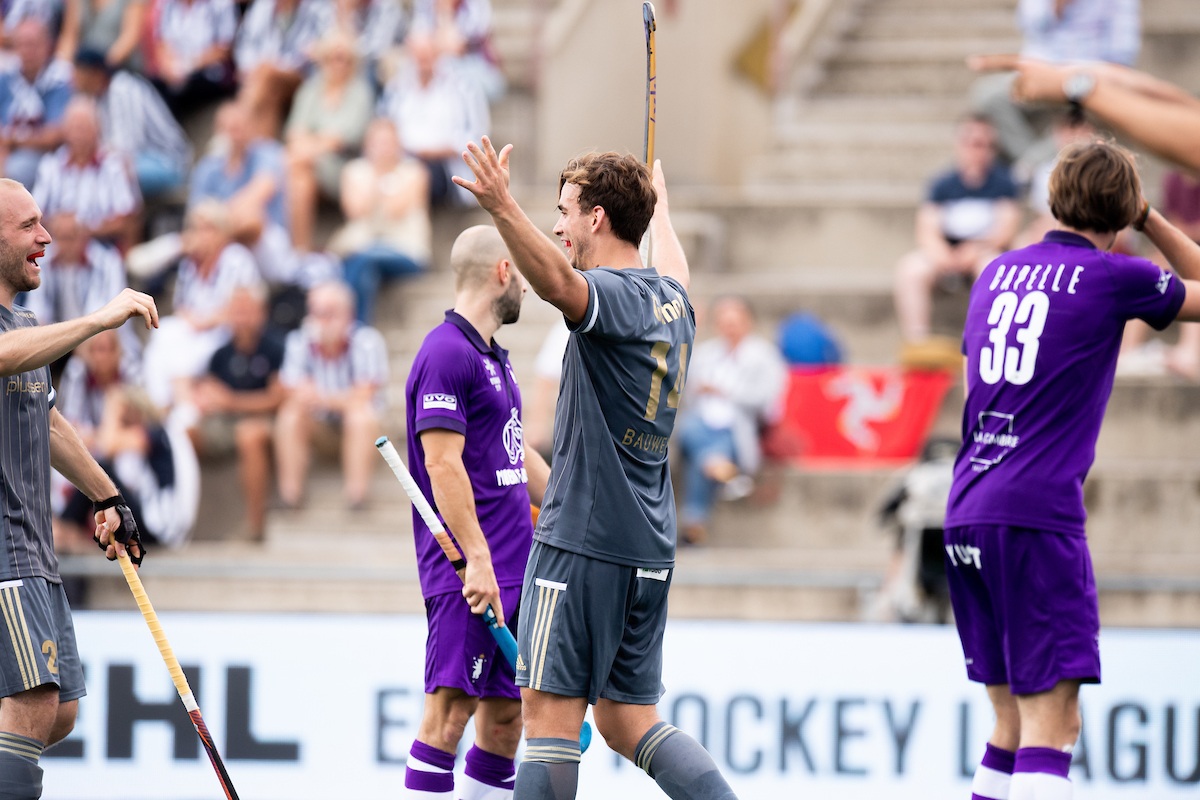 The first quarter was a really positive one for debutants Beerschot as they held the 2017 Champions, Rot Weiss Koln, to 0-0.

RWK did have chances, especially from a pc award but the overworked routine led to nothing.

The first quarter ended at 0-0.

Beerschot had a good chance in the second quarter, after earning a pc, but couldn’t convert.

RWK earned a pc in the 22nd minute, it was saved but ended in re-award. An unusual error from the Germans at the top of the circle meant Beerschot continued to ensure they were well and truly in this game.

Nick Catlin had a wonderful opportunity to put Beerschot ahead with a reverse stick shot in the 28th minute, but it went just wide of the post!

Beerschot pressed hard in the last minute of the quarter to try and find a way through but to no avail as both teams headed to the changing rooms for some respite from this high-intensity game.

The 3rd quarter was full of drama and a smattering of cards, but it was EHL stalwarts RWK that went ahead, a lucky one as the strike into the D from Florian Scholten bounced off the post and into the pathway of Jonas Gomoll who took no hesitation to put his team ahead in the 43rd minute.

A thrilled Beerschot equalised in the 49th minute via an Arthur De Sloover drag flick. RWK responded attacking down the left and forced a corner, which was upgraded to a stroke, which Beerschot referred to video but to no avail as the umpire’s decision was upheld and Chris Ruhr didn’t hesitate in converting to put his side ahead again, 2-1.

Experience prevailed as RWK finished out the game 3-1 courtesy of corner from Chris Ruhr.

Speaking to Rot Weiss Koln’s Jonas Gomoll after the game he said: “It was a really tough game, we stayed focused and stayed in the game, happy to have a little bit of good luck for the first goal.” Speaking about the new knock out format he aid “These are the games we love to play, we are happy with the new format.”