Watch the DKZ vs SGM highlights 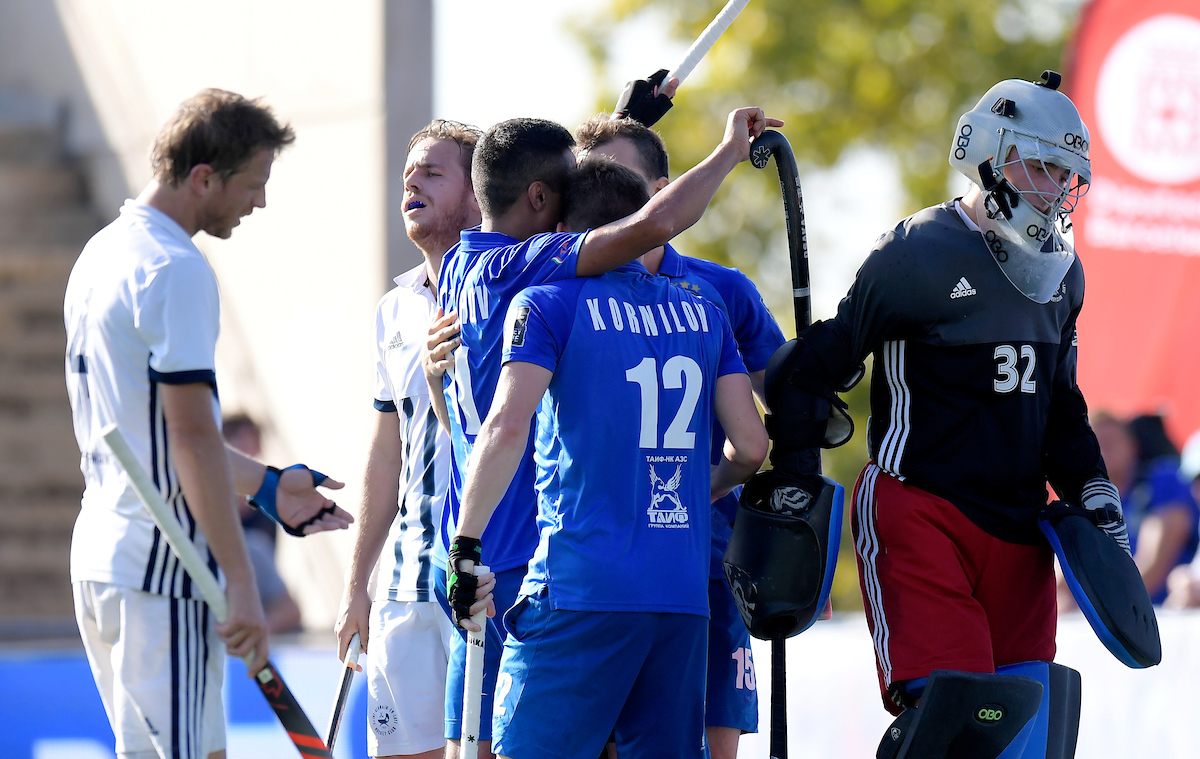 Dinamo Kazan won their first ever knock-out match in the EHL in their 13th season in the world’s premier club competition as they beat Saint Germain 4-2 in the KO16.

The Russian side won back their national title last week and they carried that momentum into this tie in Barcelona, taking a 2-0 lead into half-time and they held on despite some late Saint Ger pressure.

The second half started with St Germain seeking to get on the scoresheet, but nothing seemed to get past the strong Russian defence who were dangerous on the counter.

Pavel Golubev went close before Kazan stretched their lead via Nikolai Iankun, a perfect penalty corner strike in the 42nd minute, going fully in control at 3-0.

The fourth quarter saw Kazan get their 4th, a turnover ball and again a ball in from the left side which, again, Kornilov popped into the back of the net, finding himself unmarked in front of the goal from Golubev’s pass.

That final flurry from the French wasn’t enough to undo the Russia side and sees them into the KO8 for the first time in the history of the EHL.