Watch the KAM vs UHL highlights 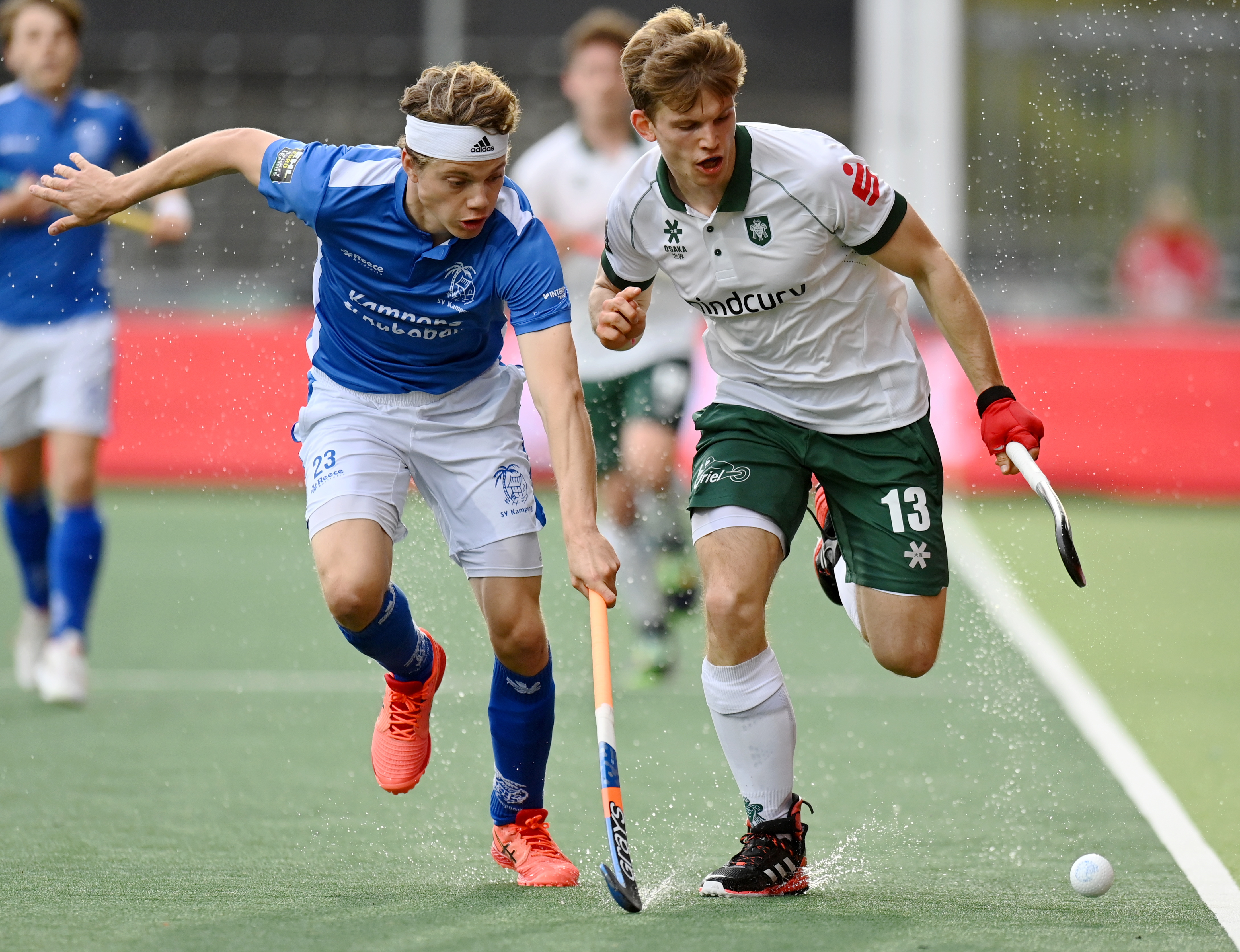 In early minutes, Uhlenhorst looked destined to score with a string of big chances. David Harte was in inspired form, keeping out Henrik Mertgens and Malte Hellwig. He also kept out a couple of corners and things looked to get even worse when Bjorn Kellerman departed injured, all within the first five minutes.

He added to the list of players out of action with none of Sander de Wijn, Robbert Kemperman, Timm Herzbruch or Lukas Windfeder available pre-match.

And yet, with Terrance Pieters driving things, Kampong sprung out of defence to fire in two goals in three minutes to transform the early complexion of the contest.

Jip Janssen dragged in the first goal in the seventh minute and soon after, the Utrecht club had a glorious second on the board. It was a pitch length counter from the back with Derck de Vilder playing the key role, sliding a backhand pass between two defenders which invited Finn van Bijnen onto it; at pace, he chipped the ball over the outcoming Lennart Küppers.

From there, Kampong were in total control as they could sit deep and pick off their German opponent at every turn with Jonas de Geus a dynamo in keeping things rolling.

They moved further out of sight when Pieters’ baseline cross beautifully picked out Mats Gruter diving at the near post for 3-0. Silas Lageman added a simple fourth from close range before the end of the third quarter.

Try as Mülheim could, with Malte Hellwig trying to create some impetus, they got very little change from the Kampong defence with Harte blocking out anything else that came his way.

And the Utrecht side closed the tie out with a level of ease. It puts them through to a KO8 date with Rot-Weiss Köln in one of the EHL’s most enduring rivalries.

For Mülheim, their early exit puts them into a classification fixture against Saint Germain on Thursday afternoon.