Watch the JUN vs AMS highlights 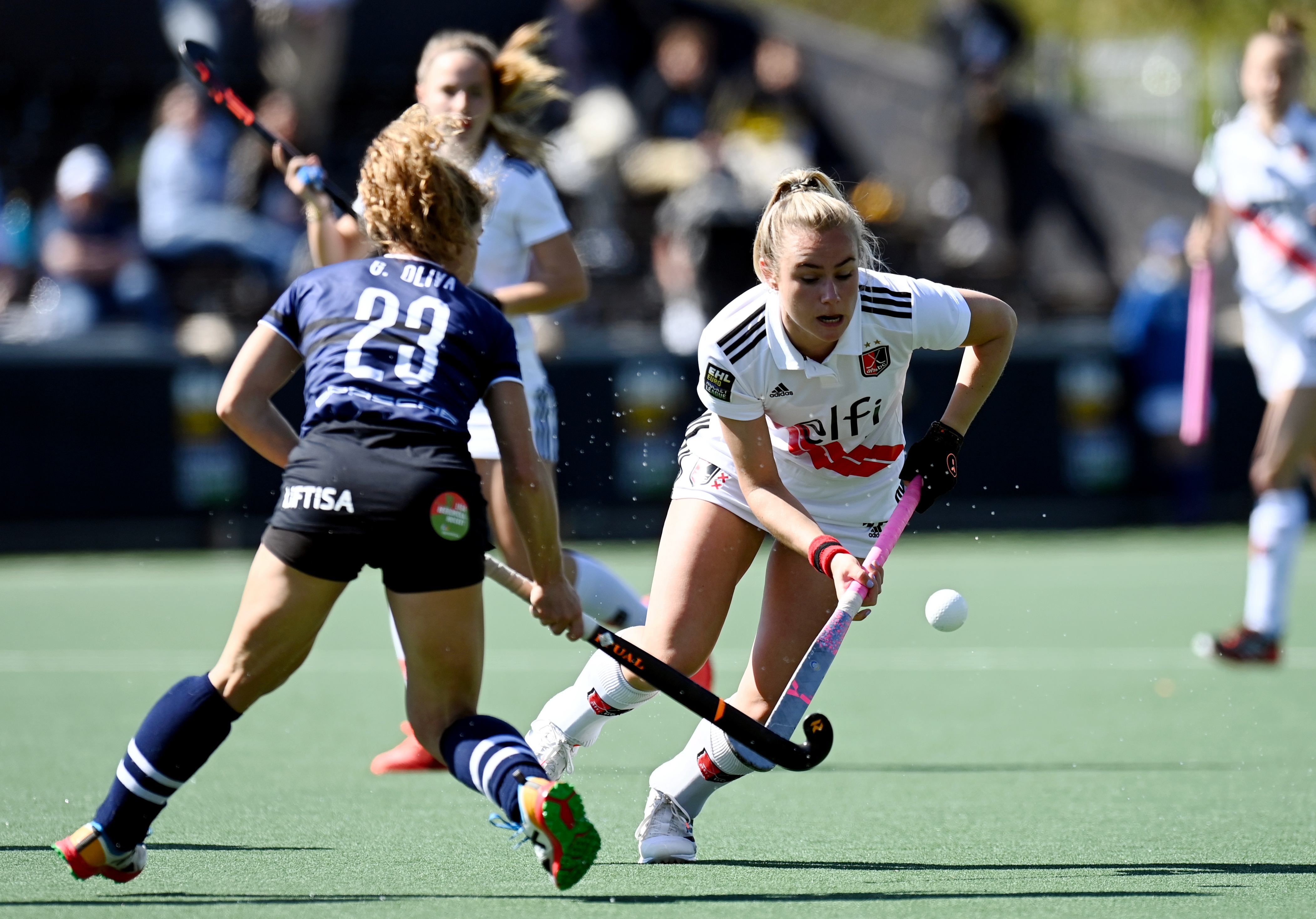 AH&BC Amsterdam’s young stars fought back to defeat Junior FC and advance to the GRAND FINAL of the women’s ABN AMRO EHL.

They did so without the services of Sabine Plönissen and Marijn Veen, adding to the already unavailable Michelle Fillet, Lauren Stam and Ilse Kappelle.

And their new look side was on the back foot in the first half when Maialen Garcia broke the deadlock but second half goals from Fay van der Elst and Freeke Moes turned the game around.

It was a wild ride throughout with plentiful drama and chances from the very outset. Junior very much dominated the early stages with Anna Gil shooting just wide while Carlota Petchame was denied by Anne Veenendaal and Mariona Serrahima having a crack at goal also blocked.

The pressure told in the 17th minute when Maialen Garcia got on the end of a brilliant right-wing move, Mariona Serrahima and Petchame exchanging passes before crossing with the forward meeting the ball perfectly on the run.

Anna Gil had an almost carbon-copy goal denied by video review when a move down the right saw her hit the backboard but an earlier foot ruled it out.

Amsterdam emerged from the pressure to win a stroke just before half-time from their first penalty corner when Felice Albers corner deflection hit a body in front of goal. Floor de Haan, however, put it wide.

A second stroke came just after half-time but this was also missed, Moes stepping up this time only to see her effort hit the post.

The equaliser did arrive in the 35th minute from another sweet move, Noa Muller playing through to Maria Verschoor who played the ball back inside to the 18-year-old. She played a perfect cross for Fay van der Elst to score from.

Albers joined the ranks of walking wounded when she took a blow to the face adding to their injury issues but she did return before the end of the third quarter.

By this stage, Amsterdam had developed a level of control on the game, forcing an amazing triple save from Jana Martinez. And they went in front from a corner which Martinez saved but only as far as Moes who slapped in.

Junior looked out on their feet from there on and were not able to muster the big chance they needed to force an equaliser and a potential shoot-out as Amsterdam, with Verschoor and Noor de Baat strong in midfield, kept them at bay in impressive style.