Watch the TRR vs POS highlights 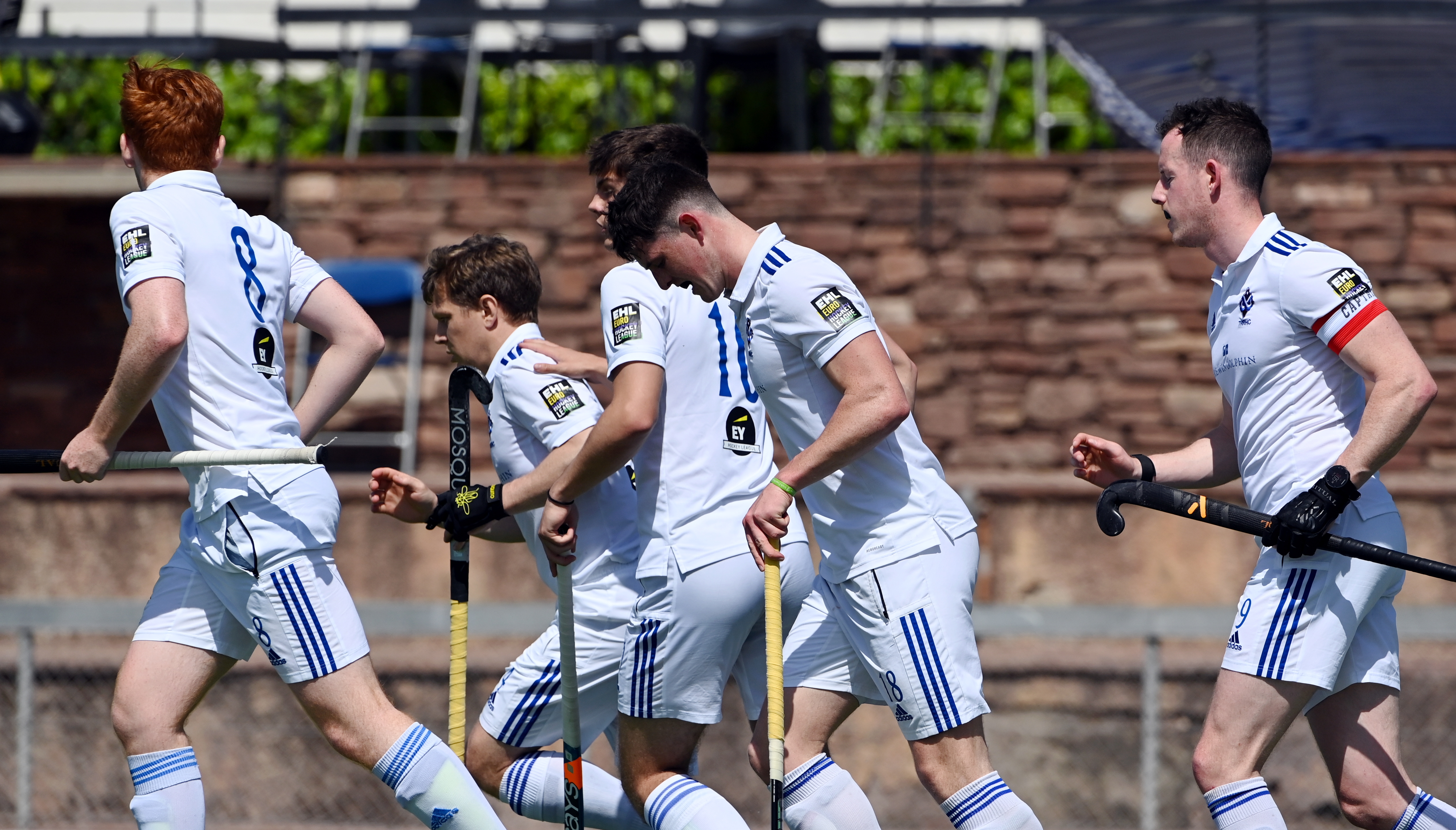 Three Rock had the better start with some darting runs to test the Post defence. They were rewarded with a penalty corner in the 4th minute, a very clean flick from Ben Johnson, beating the keeper for the opening goal.

Post got level from a corner in the 12th minute, an optimistic overhead from Benjamin Stanzl and the Three Rock defender was deemed to have fouled, allowing Post to score a textbook drag flick from Peter Kaltenböck to even the score 1-1.

It remained that way until half-time but after that, Three Rock took control. Their captain Ross Canning scored a sublime individual goal from play in the 37th minute.

Rovers were on the attack again earning a series of corners in the 39th minute, with Kaltenböck sent to the halfway for the line-break it left the Post defence weakened as Johnson converted.

Three Rock added to their tally with a 4th from Peter Blakeney in the 40th minute, a rocket which roofed the Post net, his first EHL goal since 2008.

Post clawed the scoreline back with a clean pc of their own in the 41st minute via Max Scholz.

Rovers restored their 3-goal lead with some nice play from Johnson, who lifted the ball over the outstretched foot of the Post keeper, to earn his hat-trick.

The scoreline of 5-2 didn’t alter in the 4th quarter as both teams started to wain in the 28-degree heat here in Egara.

Three Rock will now play for 5th/6th place on Monday whilst Post will battle it out for 7th/8th place.

Benny Stanzl, Post’s Captain was happy with an improved performance from his team: “We played well in the first half, but a period in the third quarter killed us.”

On preparing for their final game, what needs to improve? “We need to play with more confidence, score some goals, and get the win for some ranking points.”

Three Rock Rover’s ‘veteran player’ Peter Blakeney talked us through his goal: “To be honest, I’m second flicker, the reserve to BJ this year, who’s doing great! When flicking you keep the head down trust your technique and follow through with your well-practiced routine and hope it goes in!”

On how important is it for Three Rock to play in EHL he said “It’s very important, it’s really enjoyable to be back playing in EHL for me personally. But for the younger guys, it’s particularly enjoyable and pretty satisfying to be here.”

His advice to the younger players on the team “Give up before you are 37!”