Watch the STG vs UHL highlights 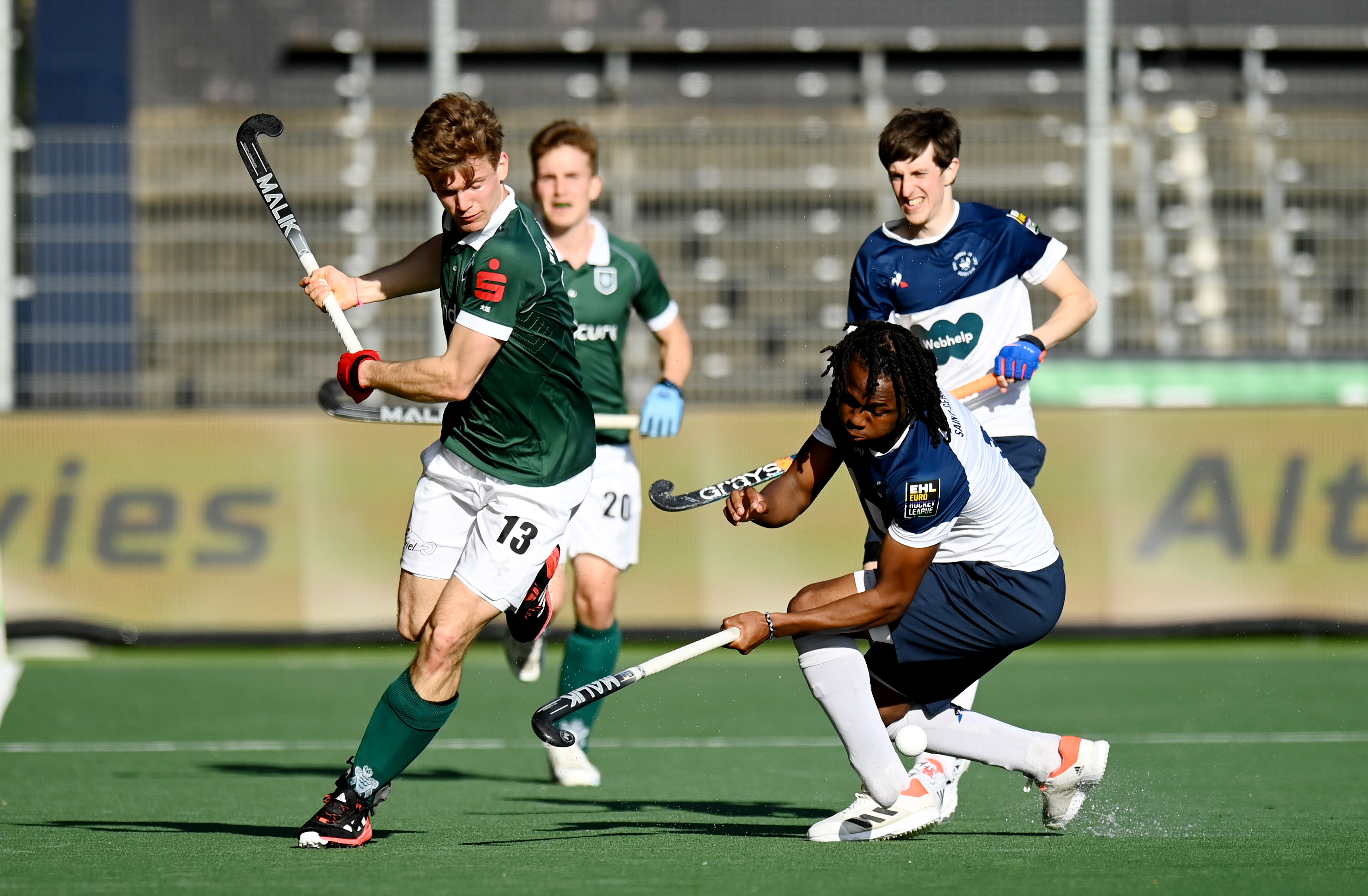 Uhelnhorst Mülheim came from a goal down to beat Saint Germain 3-1 in the 9th-10th classification match at the Wagener Stadium.

Mateo Perrin opened the scoring from a penalty corner when he cleaned up a rebound chance after Niklas Bosserhoff had saved William-Ike Jeammot’s initial shot off the line.

The Germans were level just before half-time when Moritz Ludwig turned in a corner move from the injector’s position. Malte Hellwig put his side in front from the penalty spot two minutes into the second half, awarded after goalkeeper Guillaume de Vaucelles had initially made a spectacular diving save to deny Alec von Schwerin.

And Hellwig got the goal his performance deserved with 14 minutes to go with a beautiful baseline lift following a driving run along the right.