Watch the KAM vs HRK highlights 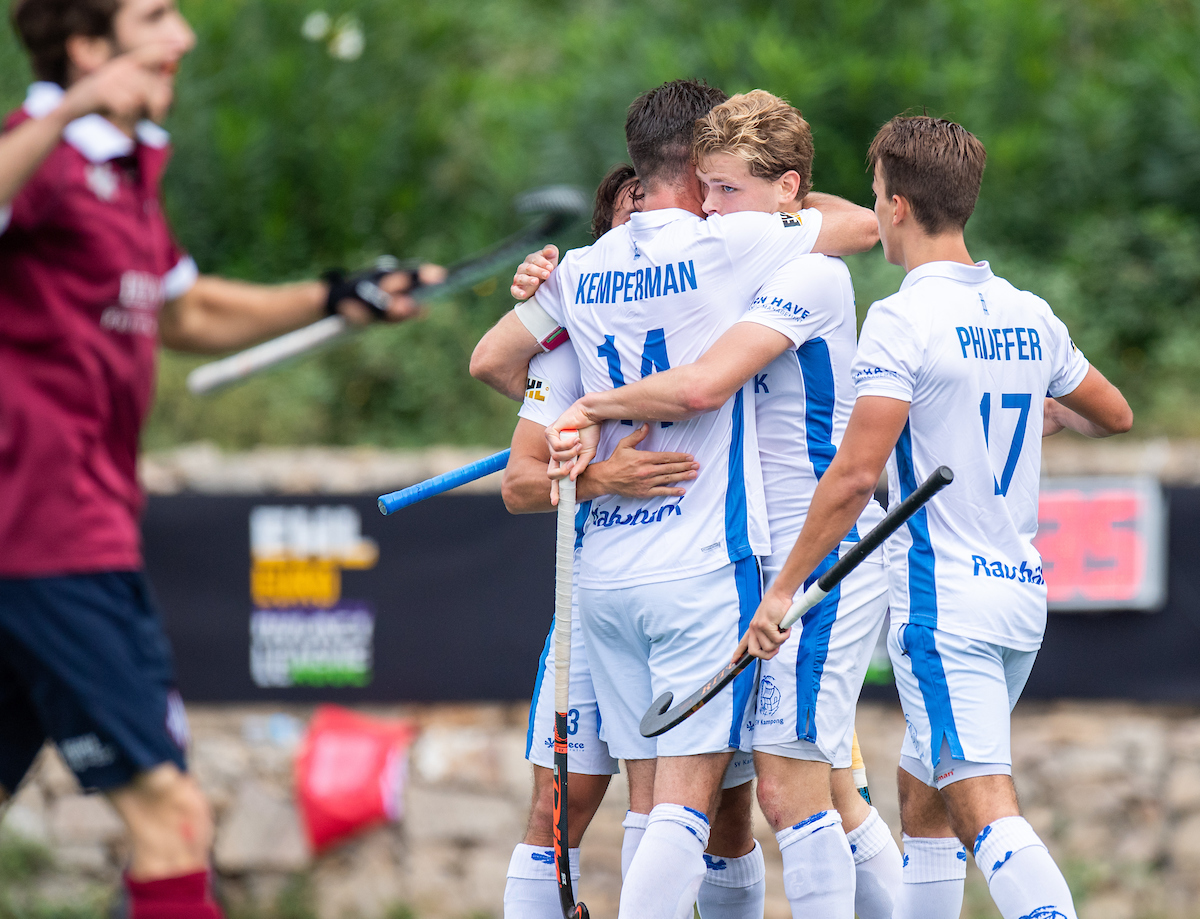 The perfect start for SV Kampong as Jip Janssen played his part to both earn and then score the corner for Kampong in the opening minute of the game.

SV Kampong thought they had scored the perfect goal in the 10th minute, but Herakles used the video referral to overturn the goal, the ball had not travelled 5 before entering the circle.

Kampong’s second came from a flowing attack down the right-hand side, finished by Boat Phijffer.

A minute later Janssen was on target again to bring the score to 3 without reply for Herakles.

Herakles had chances in the 2nd quarter but were unable to get past the Kampong defence. They earned their first pc of the game in the 25th minute, Kampong’s David Harte taking it off the line to deny them their opening goal. On the hooter for half-time Herakles earned another corner, again Harte needed to be on top of his game to keep the score to 3-0 for Kampong.

Kampong dominated in the second half, converting a further three goals to put the game out of reach for the Belgians.

Speaking to Alex Cox, Kampong’s Manager post-game, he was very pleased with the performance “ We did a good job as a group, both on and off the ball. For us, it was important to get to the Final8 and go from there.”