Watch the RWK vs KAM highlights 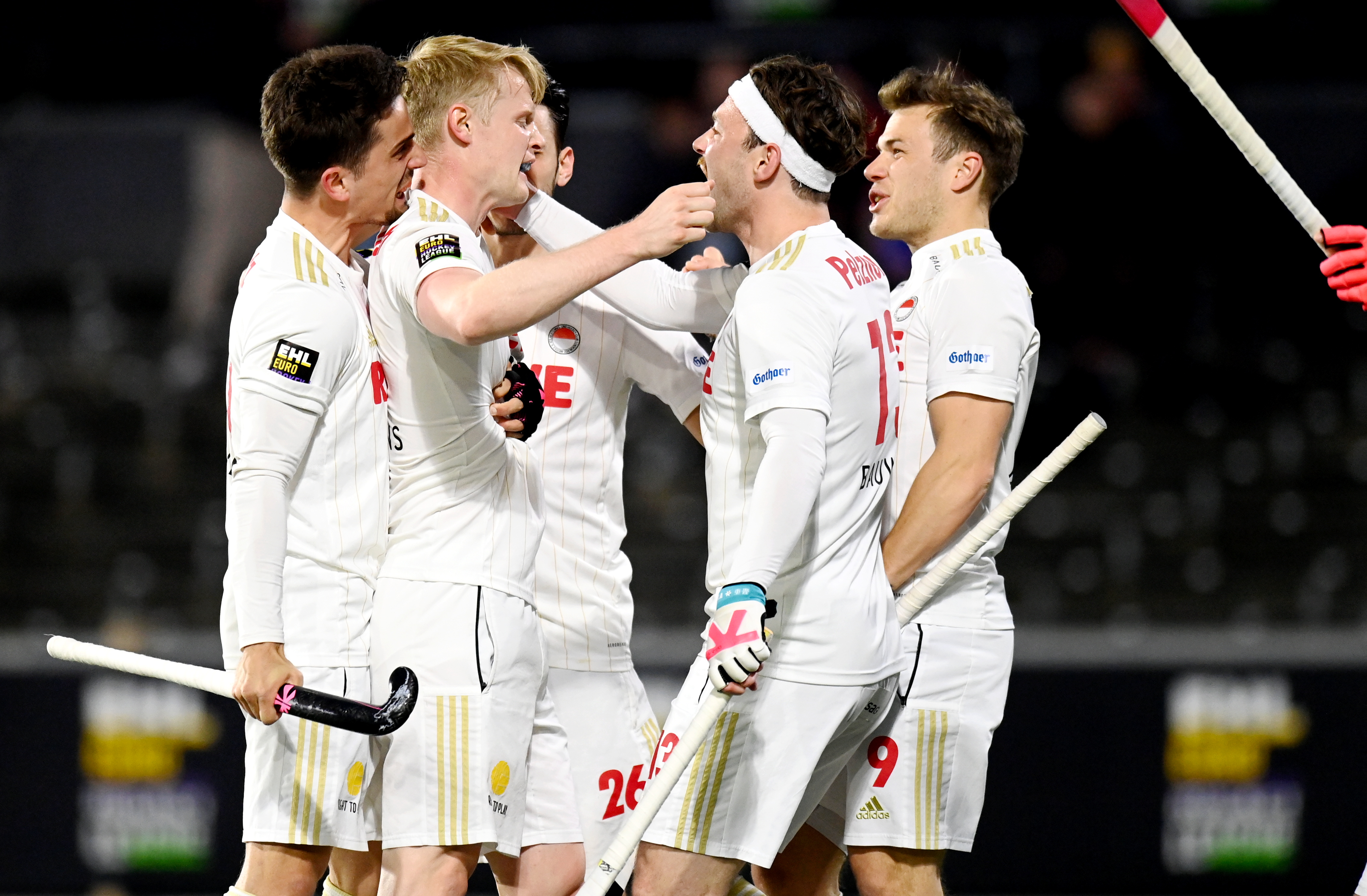 Rot-Weiss Köln produced a masterclass to outdo SV Kampong 2-1 and reach the FINAL4 where they will face Surbiton as the German side pursue a second EHL crown.

That also levelled their enduring series with Kampong 3-3 with the sides meeting for the sixth time in seven seasons. It was a corner battle with Tom Grambusch and Mink van der Weerden both nailing efforts before Jip Janssen got one back in the dying minutes but too late to affect the outcome.

It was tit-for-tat in the early stages with both sides picking up a healthy corner count, Janssen seeing two of his shots denied while van der Weerden was also blocked by the Kampong defence.

From play, Rot-Weiss were pulling off a whole bag of tricks with Christopher Rühr just missing out at the back post while Johannes Grosse’s trickery did plenty of damage.

Mats Gruter deflected over for Kampong before the big breakthrough came, Rot-Weiss switching to Tom Grambusch who skipped his push down the right channel between goalkeeper and postman.

Van der Weerden doubled up in the second half with another long push as Rot-Weiss turned the screw. It was slightly awkward in the stop phase which led to a video review of whether the ball left the circle but all was ok and the effort stood, 2-0.

From there, the German side looked set to close out the game comfortably and it looked that way until the last 90 seconds. First, Janssen was denied by the width of the post as Vincent Vanasch got a huge boot to a rocket; he could not keep out the follow-up drag which cut the gap with 80 seconds left on the clock but Rot-Weiss held on and now look forward to a date with Surbiton.