Watch the AMS vs CAM highlights 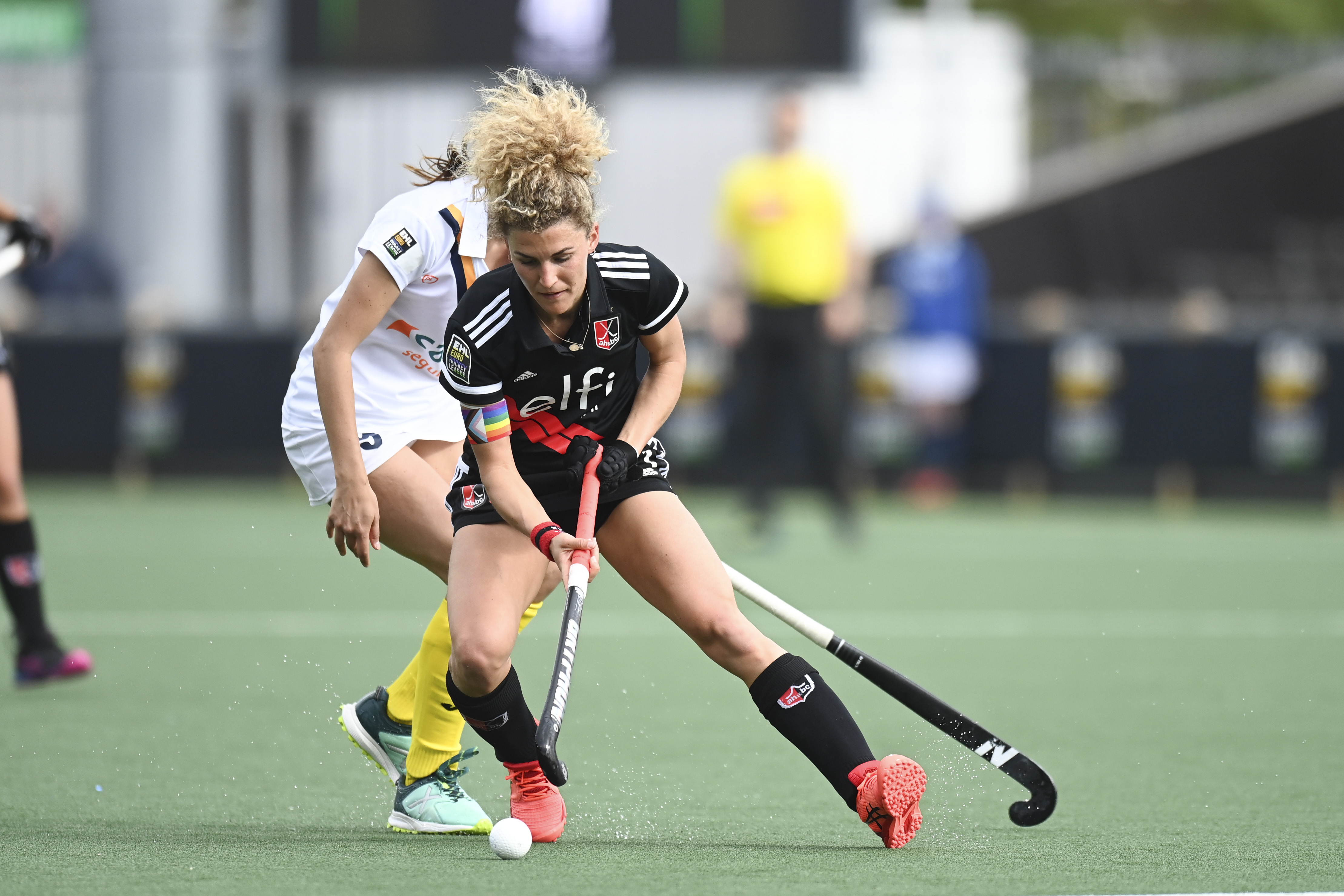 Normal time ended honours even at 1-1 with Candela Mejias’s first half corner goal canceled out by a Floor de Haan penalty stroke. In the shoot-out, Veenendaal kept out four efforts while Freeke Moes and Noor de Baat both netted for a memorable win.

It was a tie which went in waves of momentum with both sides having their spells with the upperhand. Campo had the three best chances early on with Candela Mejias overlapping from right back and thumping at goal.

Anne Veenendal stood strong on that one but she could not quite get enough to keep out the same player from a penalty corner move in the 20th minute, a slap from Maria Lopez with the injector touched into the goal.

Laura Barrios then went close to doubling the lead before Amsterdam turned up the heat. Noor de Baat clipped their first corner just wide of the post while Maria Verschoor and Fay van der Elst’s exchange of passes was sweet but Campo defended well to keep it 1-0 at half-time.

Amsterdam got their leveller two minutes into the second half when Sara Barrios fouled Felice Albers in a shooting action, handing the penalty stroke to Floor de Haan to flick in.

Campo settled and were soon back in control of the action. Another Lopez corner sweep clattered off the post while Laura Barrios’s follow-up drew a brilliant stop from Veenendaal.

Alicia Magaz’s run also caused havoc but Amsterdam scrambled it away for the safety of just a penalty corner.

The final quarter saw the Madrid side control the ball once more but the hosts picked off a couple of corners on the counter. Sabine Plönissen shot but Mario Tello was alive to the chances and blocked them, meaning a shoot-out where Veenendaal made her mark.