Watch the ARM vs OGS highlights 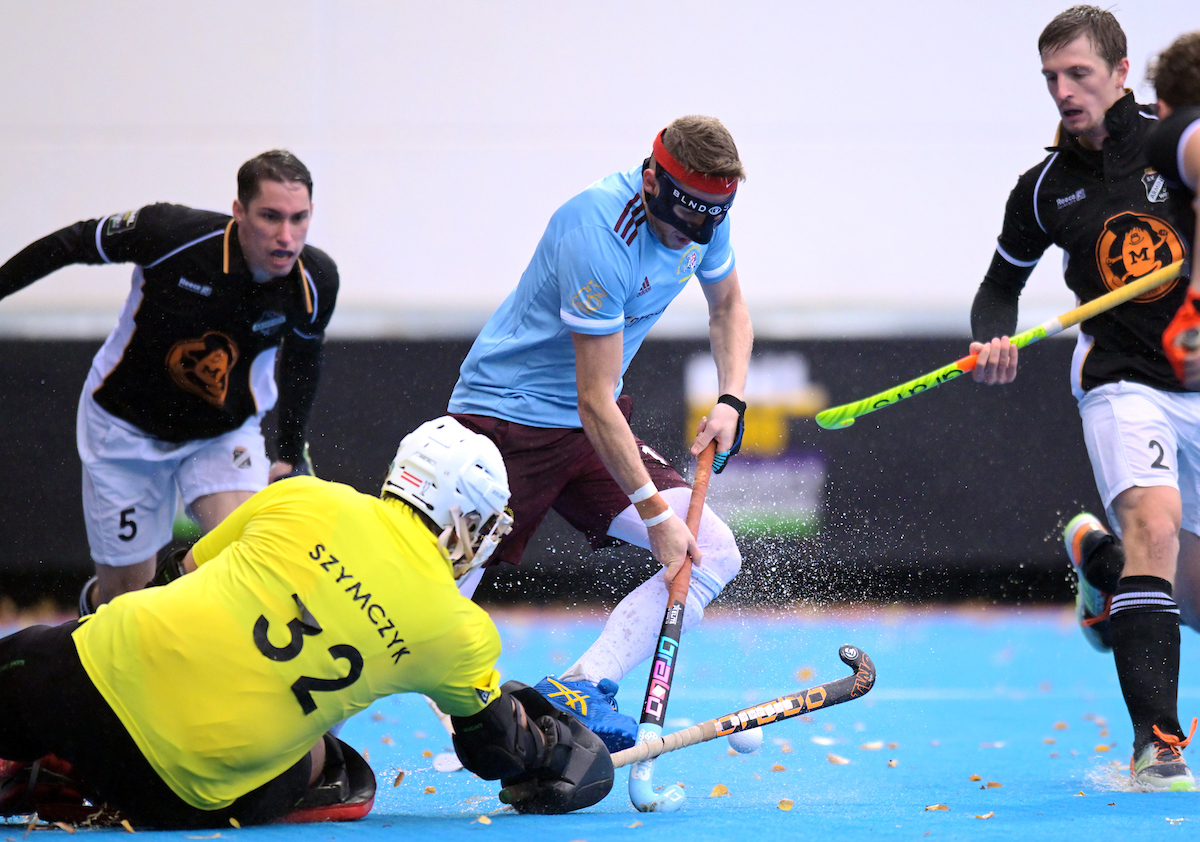 Old Georgians eased through to the KO8 with a comfortable win over SV Arminen in the pouring rain in Hamburg, eventually breaking down the Austrian club’s defences in the third quarter.

James Carson gave the English club a dream start in their EHL debut when he intercepted a loose pass just a couple of metres from goal and he calmly flicked in.

After that, though, the floodgates took their time to open as Mateusz Szymczyk made a series of good saves while the game struggled for full tempo with a heavy pitch due to the weather.

The second goal gave OGs more breathing room as James Albery drove forward and struck goalwards where Sam Ward was on hand to tip in. Ward was instrumental in creating the third goal, too, setting up a close range tip-in for Chirs Proctor.

Ward then got another poacher’s goal for the fourth, Ashley Jackson delivering the pass into the danger zone where the forward was lurking to make it 4-0.