Watch the HGC vs HAW highlights 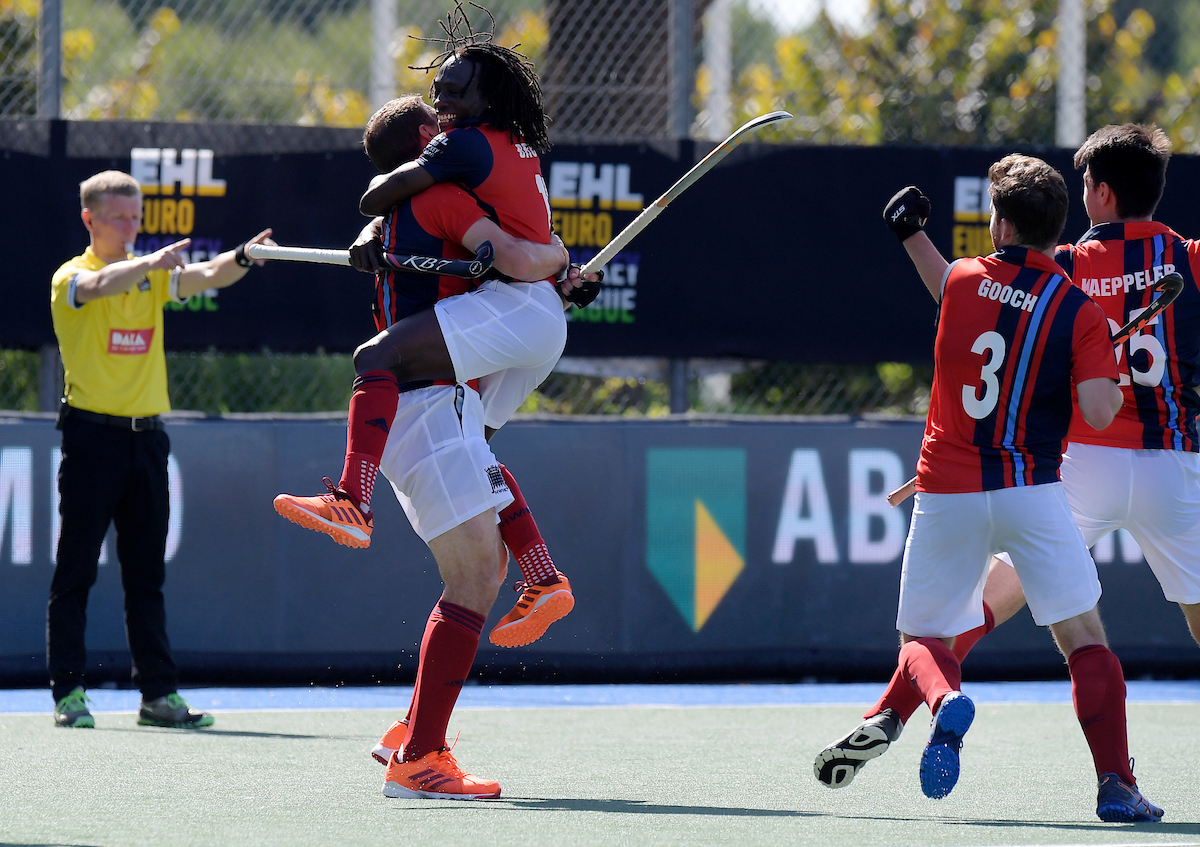 It was billed as a tough draw as England’s champions Hampstead and Westminster faced 2011 EHL winners HGC and the game did not disappoint!

A close encounter of the hockey kind and one which will be remembered as a superb debut in EHL by Hampstead and Westminster who became the first English side to beat Dutch opposition since Reading eliminated Rotterdam in 2013.

The game started evenly with both sides finding it hard to make too many chances. HGC earned an early pc that started as midfield turnover ball dropping to Floris van der Kroon who found space to get his shot away but Hampstead and Westminster goalkeeper Toby Reynolds-Cotterill got a foot to it before hitting a defender. The HGC shot went wide, keeping the scoreline to 0-0 after 11 minutes.

A minute later, a corner for Hampstead and Westminster was beautifully struck hard and low by Matt Guise-Brown to put them 1-0 ahead in the 12th minute. The second quarter was evenly fought as HGC attempted to get past the Hampstead and Westminster defence, but player coach Kwan Browne was marshalling his defence with England international Harry Martin offering plenty of support.

Van der Kroon found himself some space in the 26th minute as he floated up the middle of the park, but again the London club’s defence held firm.

A chance for Hampstead and Westminster to go ahead came when they pressed high into the Dutch club’s circle but a firm shot did not materialise, keeping it at 1-0 at the break.

HGC came out after the break full of renewed energy and purpose to break down the Hampstead and Westminster defence; they did everything apart from putting the ball in the back of the net with Seve van Ass’s driving run and rebound skimming across the face of goal.

H&W, however, were clinical and were 2-0 up when James Oates found a foot. A superb strike by Richard Wijtenburg-Smith in the 25th minute doubled their lead.

HGC needed some inspiration and they were rewarded for their efforts early into the final quarter with a corner. The perfect second-half start for them, but the shot from Van Ass was wide. Hampstead and Westminster were down to 10 as Mahidi Gotz was given a 5-minute yellow, adding to the pressure for the final 10 minutes of the game.

Nick Budgeon’s ball into the D ended with the ball being batted high over the bar but HGC did get on the scoresheet in the 56th minute, Van Ass whipping in a reverse-stick shot.

Could the Dutch undo the English in the final minutes? An interception a couple of minutes later from Chris Cargo when Van Ass found himself in space, proved critical. A last minute corner also went incomplete, denying them a shoot-out chance, giving Hampstead and Westminster a dream debut in the EHL.

It is interesting to note the last wins for English opponents vs Dutch opponents; in June 2011, Reading vs Oranje Zwart for Bronze, then KO16 for Reading vs Rotterdam on shoot-out (March 2013). The common link? The lucky Irish charm – Chris Cargo!