Watch the STG vs SUR highlights 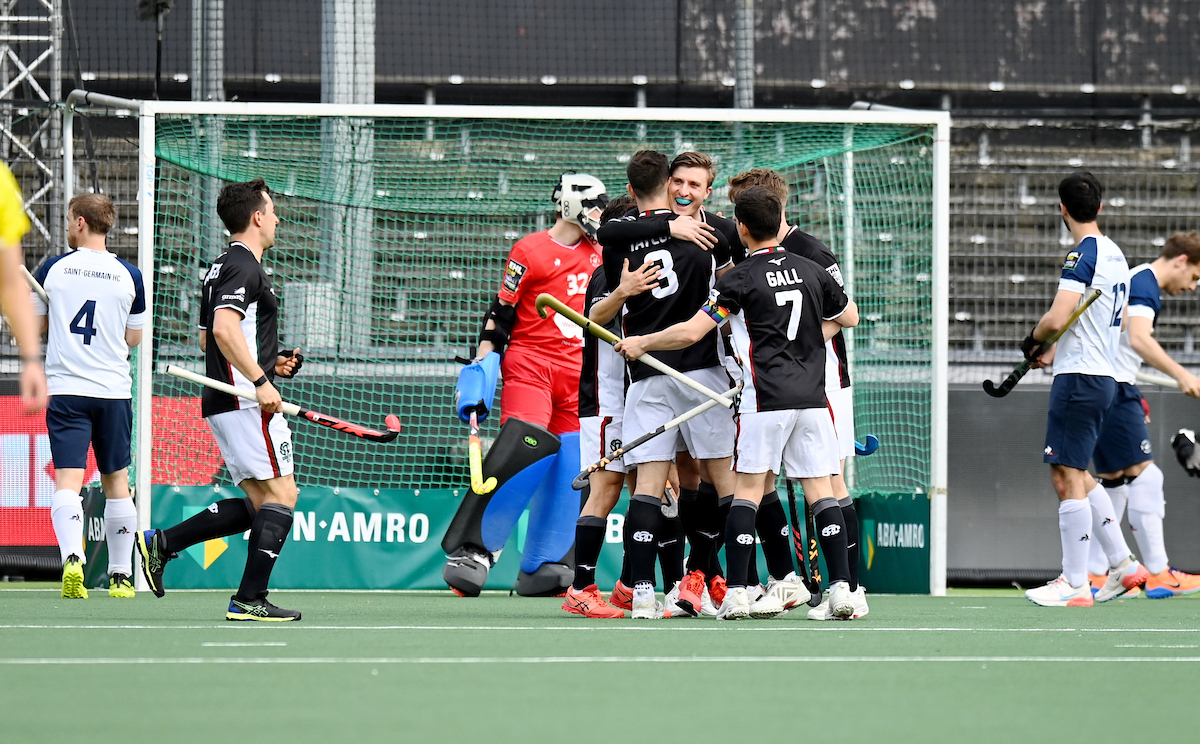 ABN AMRO EHL Men
KO12: Surbiton 7 (L Taylor 2, B Boon 2, J Gall, D Goodfield, J Middleton) Saint Germain 2 (A Semenol, N Jouin)
Surbiton picked up their biggest ever EHL win as they saw off an inconsistent Saint Germain who had lively spells but were picked off by their English counterparts.

Two first quarter goals from Luke Taylor laid the base and they were 5-0 up at half-time to put the game out of sight. The Parisian club rallied but Surbiton were always in control from there on.

It took just 48 seconds for Surbiton to hit the front as they won the first of eight penalty corners before half-time. Taylor drilled his shot low into the backboard to set the ball rolling.

St Ger did have two corners of their own in a frenetic start but Pol Parilla’s effort went wide and the second was mistrapped.

From there, the English side began to read St Ger’s patterns of trying to break out of defence, picking up a number of important interceptions to create a number of chances which goalkeeper Guillaume de Vaucelles needed to swat away.

Taylor dragged in his second in the 13th minute for a 2-0 advantage and they raced into a five-goal lead with a run of goals in a four minute spell. Nick Park’s gorgeous run down the right saw him weave through two players and set up Ben Boon for a smart finish.

James Gall shovelled in the fourth from a bouncing ball in the D and then David Goodfield finished off the move of the match, a pitch-length interchange with Boon laying on the final assist.

The French club started the second half with real intent when William-Ike Jeammot’s pull-back left Alban Semenol with a great chance which he clipped home well on his backhand.

Saint Germain then had another four corners but they could not make much use of their chances while Surbiton punished them once again. Jack Middleton got a lovely near post diving touch to progress the score to 6-1 and Boon got his second from a Middleton assist got the seventh.

Noé Jouin deflected in a corner on the final whistle to get one more back for the French side.