Watch the RWK vs BLO highlights 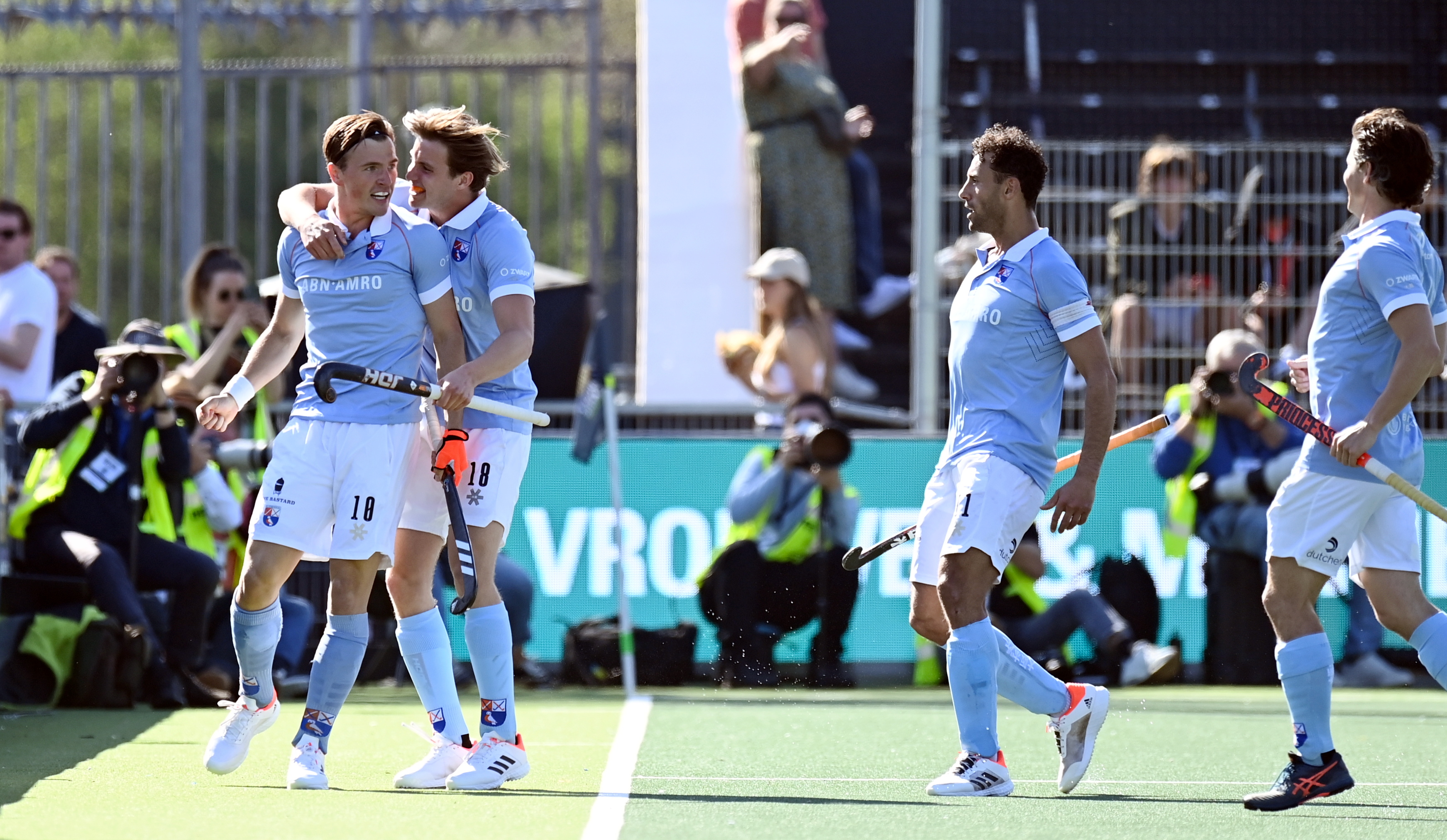 HC Bloemendaal won a record fifth men’s Euro Hockey League crown as they produced a dominant performance to see off Rot-Weiss Köln in front of a rocking Wagener Stadium crowd.

First half goals from Jorrit Croon and Florian Fuchs set them on their way and the game was killed off when Jasper Brinkman fired in a 51st minute penalty corner. For good measure Roel Bovendeert slapped in a close range volley from a Fuchs assist.

The Dutch side made most of the play in the first quarter but could not break through as Vincent Vanasch impressed in defence. The goal did arrive in the 17th minute when Jorrit Croon caused all sorts of havoc down the left baseline; it led to a series of bouncing shots with Fuchs hitting off the crossbar and Croon there to brilliantly knock it into the goal from over his head.

Goal two arrived six minutes later when the flying Jasper Brinkman was found racing around the outside by Glenn Schuurman and he sped down the line and picked out Fuchs to sweep in, a great move for 2-0.

It stayed that way as Bloemendaal peppered Vanasch’s goal with Johannes Grosse saving one off the line.

Rot-Weiss were struggling to make much headway but they steadied the ship in the third quarter.

Bloemendaal had run up a wealth of penalty corners in the first half, too, but enjoyed no success but they eventually found the routine in the 51st minute to formally put the game to bed. Fuchs won the set piece with a blistering run into the circle and Jasper Brinkman applied the finishing drag-flick.

For good measure, Roel Bovendeert batted in another from Fuchs next assist, making it 4-0 with less than four minutes to go. Fuchs almost completed at even more special day with the very last play but his shot hit the crossbar with three seconds showing on the clock.

It did not matter in the grand scheme of things as they won 4-0 to take their title back to ’t Kopje.

The game marked the final one for Fuchs, officially the EHL’s most successful player who now has five winners medals – two with UHC Hamburg, three with Bloemendaal. He goes out with a bang, named man of the match in the final having announced his plans to retire from hockey at the end of this season.

“It’s very special,” Fuchs said. “You have seen it throughout the tournament how much we wanted to win. It’s such a special team and a special club. Personally, it will be my last EHL so it is quite unique and emotional as well.

“That’s also the quality of the team. Every game, someone is stepping up. Defensively, throughout the whole tournament. It is a fantastic feeling to score and to give an assist but, seriously, I am so proud of this team – every single one of them gave it their all.”