Watch the RWK vs SUR highlights 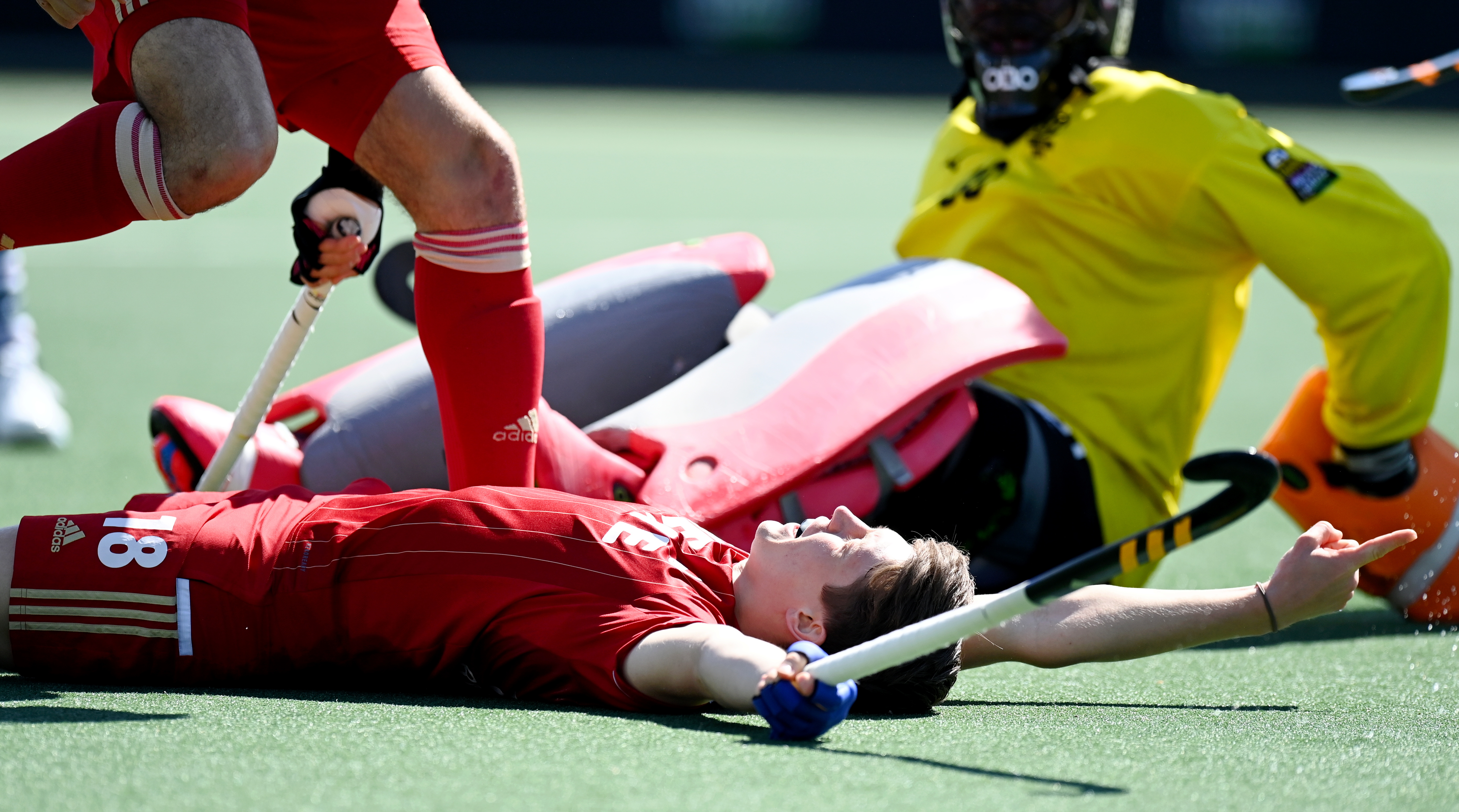 Rot-Weiss Köln stormed into the men’s ABN AMRO GRAND FINAL with a glorious 5-1 win over Surbiton setting up a decider with HC Bloemendaal on Monday.

It was built around first half doubles from Max Siegburg and Christopher Rühr, making it 4-0, and Mats Grambusch made extra sure before Luke Taylor got one back late on.

Rot-Weiss were dominant from the outset, going in front in the fifth minute when Max Siegburg followed up after his own pass was only half-cleared and he latched onto the chance, slapping into the goal as the Surbiton defence hesitated.

It was 2-0 just 30 seconds later as Christopher Rühr was set free on the gallop from 40-metres out, hitting top speed to get away from the defence and hitting the backboard with a reverse-stick shot.

The Rot-Weiss press was intense and it yielded possession to Rühr who clipped a cross in from the left which Siegburg just had to guide into the bottom corner; 3-0 with less than 12 minutes played.

Rühr got another in slightly controversial fashion as he robbed the ball off a defender and flicked over the goalkeeper. Before that, there was a question about if the ball had hit his body when stealing the ball but as the incident occurred outside the 23-metre area, it could not be referred.

Five minutes into the second half, Thies Prinz burrowed a hole in the Surbiton defence down the right side and while he was held up, he slipped a pass to Mats Grambusch whose tracer-bullet shot whizzed into the backboard.

After that, Surbiton fought gamely and finally made some inroads into the intense Rot-Weiss defence. Alex Williams and James Gall did draw saves from Vincent Vanasch and Luke Taylor fired in his fourth goal of the week from a corner.

But a full comeback was too be much too far out of reach and so the German champions advance to the GRAND FINAL to face Bloemendaal while Surbiton go up against Club de Campo for BRONZE.