Watch the MAN vs WAT highlights 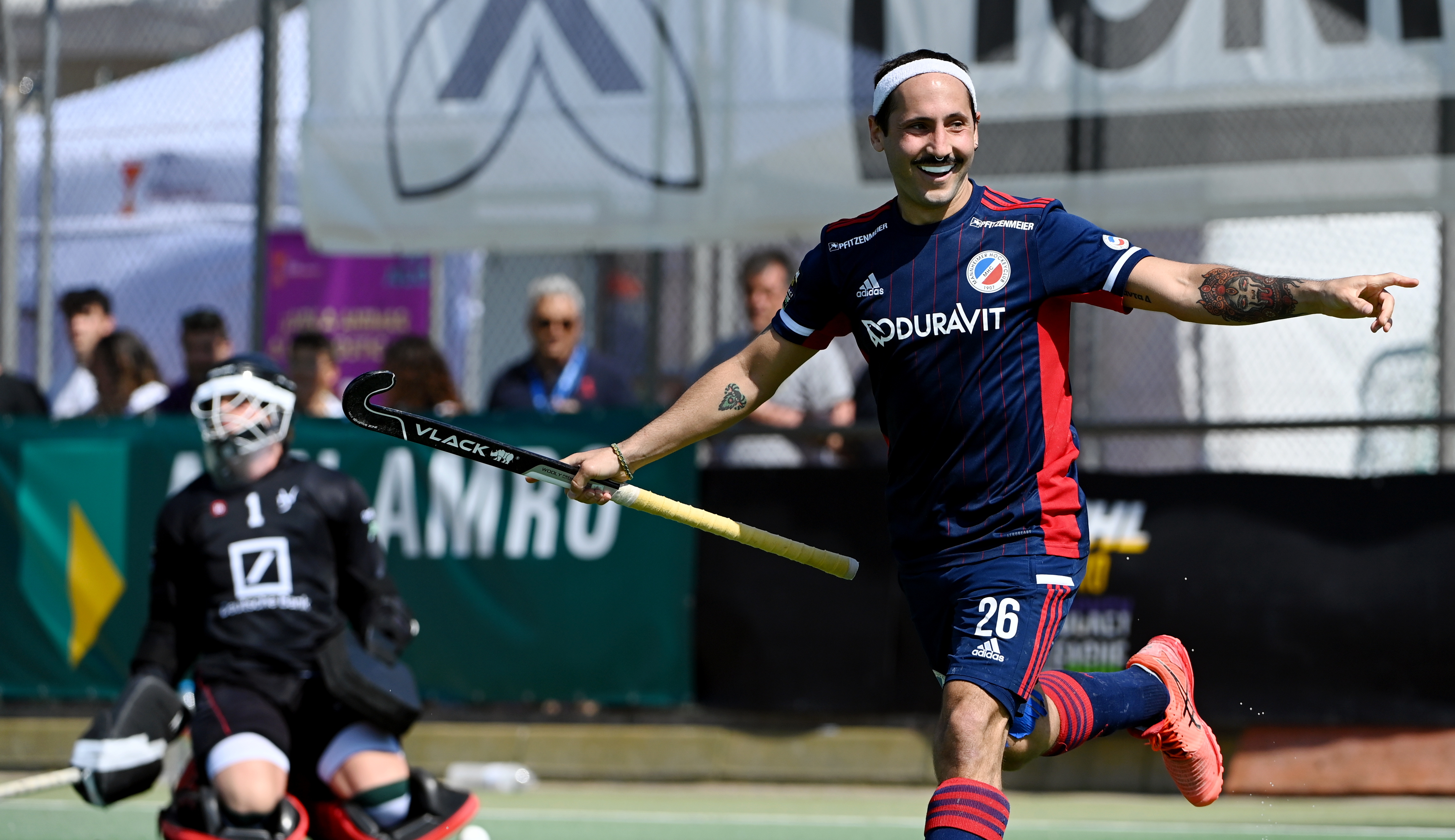 A highly entertaining first half saw Waterloo Ducks score a brace of goals via Guillaume Marcke, both from play and the first in the opening minute, the second added in the 12th to put them in a strong position.

Mannheim kept in touch with the game, retaliating with a classic Gonzalo Peillat penalty corner to bring the scoreline to 1-2. A beautiful overhead pass from Linus Muller to Raphael Hartkopf who roofed it into the back of the net, making it 2-2 in the 29th minute.

But a trademark pc conversion from Waterloo Duck’s Victor Charlet put them ahead just at the half time break 3-2.

Waterloo Ducks added an early goal in the second half, again a penalty corner from Charlet, to extend their lead to 2-4. Peillat struck again to cut the gap again to make the scoreline 3-4 to the Ducks at the three quarter break.

Waterloo added a 5th from William Ghislainn the 54th minute and it seemed that might seal the game. But Mannheimer had a different idea and retaliated with a fourth via Paul Zmyslony in the 57th minute, brining the scoreline back to a single goal deficit.

And the German club kept pushing and were rewarded with a corner, as world class Peillat showed his poise and class and equalised 5-5.

Tim Seagon (WaDucks) almost got the winner in the dying seconds, but his diving strike went just wide of the post.

And so again we went to a shoot-out and it was Mannheim who came out on top to make it through to the final.

Speaking to Waterloo Dusks double goal scorer, Guillaume van Marcke about the game he said: “That was a very hard game, but really good to have played in it.

About their preparation for tomorrow he added “Like every game we have our routines and will prepare as usual for the game tomorrow against Rotterdam who we know is a really good side.”

Hat trick hero Peillat added: “Delighted to play the final against the final, we expect a big home crowd”

When asked the difference between the sides he added “I think it was that we kept trying, in the second half maybe they didn’t play as well, but we have to be proud of that win.”