Watch the HAW vs TRR highlights 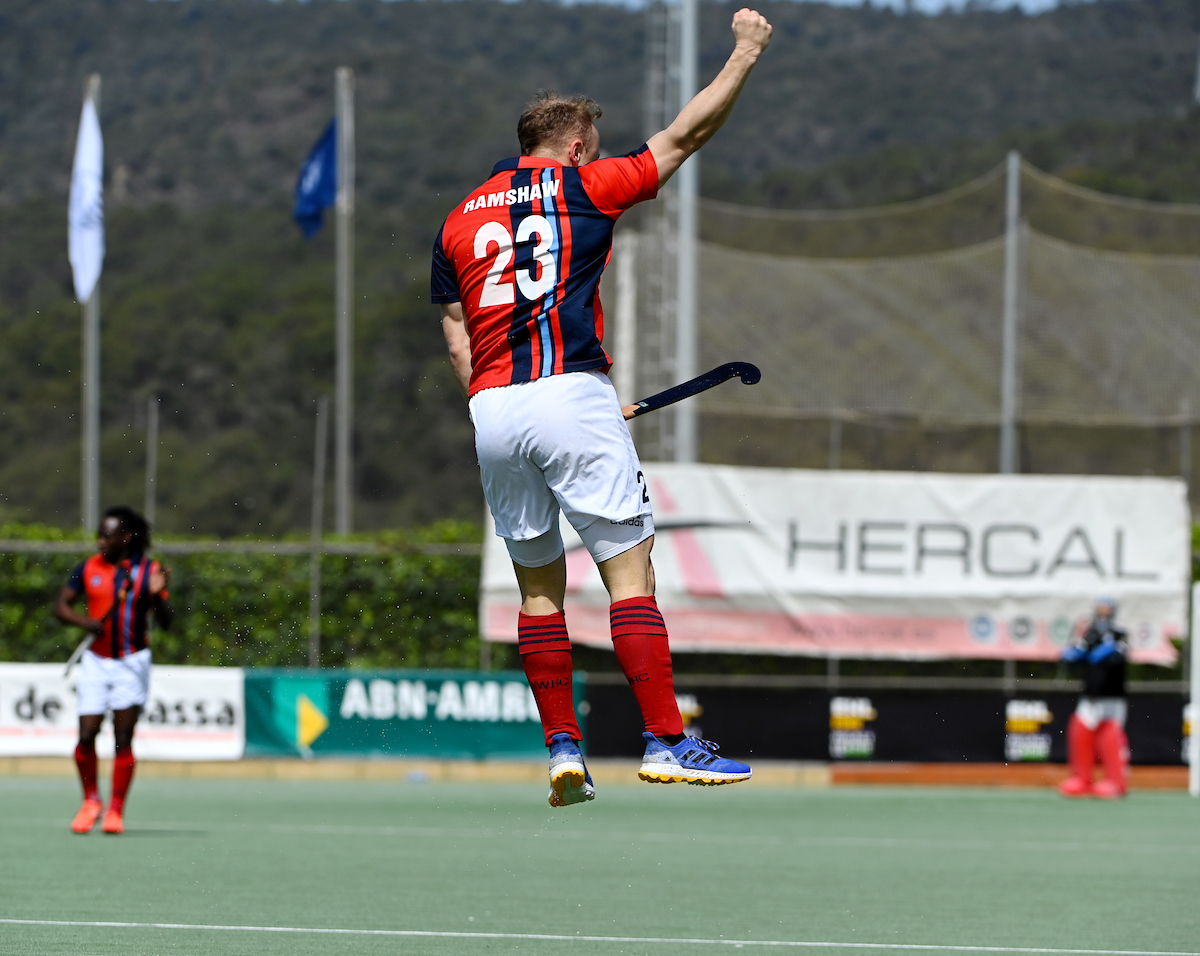 Hampstead & Westminster picked up fifth place with a comfortable win over Three Rock Rovers who had come into this game looking for ‘revenge’ on their most recent game v Hamptsead at the EHL KO16 last October in Antwerp when they lost 4-2.

It was the Londoners that was first out of the traps first, with a backhand shot from Matthew Ramshaw getting the better of Three Rock’s keeper Ben Whelan in the 5th minute.

Some darting runs at the start of the second quarter from the Three Rock attackers challenged the Hampstead’s defence, but to no avail, as Kwan Browne took charge in his usual calm and collected way.

Hampstead extended their lead in the 25th and 26th minutes, the first a quick free at the top of the circle which saw Rupert Shipperley smash it home at close range. The third came from Sam French which seemed to be some miscommunication in the Three Rock defence, giving him a clear shot as they stretched their lead, leaving Three Rock with a mountain to climb in the second half.

The 3rd quarter was a busy one for both teams as Hampstead delivered a treble blow to Three Rock in the 3rd quarter, Sam French (33rd minute), a pc conversion from Matt Guise-Brown (44th), and Teague Marcano (45th)

Three Rock’s midfield did control the ball well this quarter, but with small margins making the difference at this level, some of the passes missed their marks and gave Hampstead easy possession.

However Rovers clawed one back, a pass in from Jody Hosking’s with a touch from Peter Blakeney (42nd minute) put Three Rock on the scoresheet.

A long 4th quarter for both teams as the Spanish sun beat down, and a very tired Three Rock struggled to keep pace and they scored a stroke in the closing minutes.

Elun Hack, Three Rock Rovers Head coach summed up the weekend: “We are disappointed with the performance today, I don’t think we gave a good account of ourselves, but it is a young side and we wanted to kind of manage ourselves ahead of the Irish playoffs next weekend.

“I think they did give a good account of themselves against Rotterdam, despite of the score. In phases we were good, but against good sides, you get punished for errors.”

On lessons for their important games next weekend he added: “We played here at a much higher intensity than we would on some weekends at home, so I’m hoping that we can bring that to next weekend. Of course, we are facing quality sides, so we will need to be at our best.”

Huw Stevens, Assistant Coach of Hampstead also summed up the weekend: “It’s good to finish well, but it’s been a frustrating few days but it’s always good to do what we know we can do. It was a credit to the guys to manage finishing this game with nine players.”