Watch the MAN vs HAW highlights 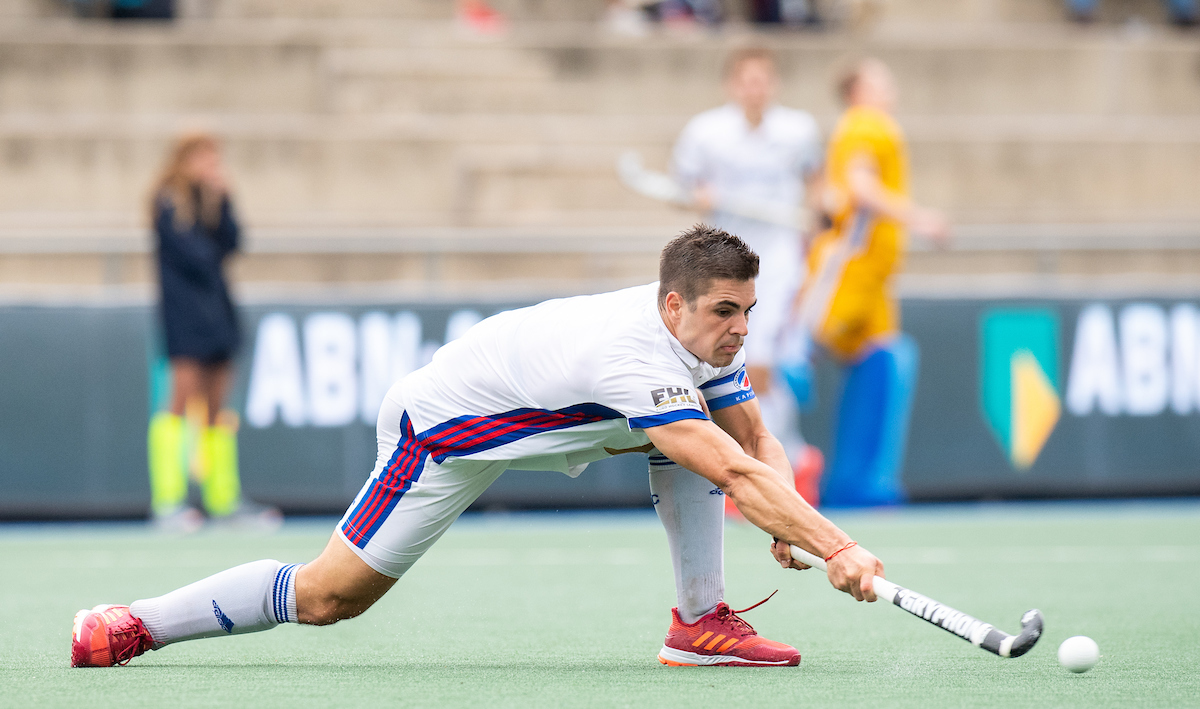 A high-quality first game of the day to set the tone for the all-important K08 games. 4 penalty corners apiece, and not surprising that it was a Gonzalo Peillat penalty corner that was the match-winner for Mannheimer.

Mannheimer had the dream start to their KO8 game, scoring just before the first quarter break. A scramble in front of goal with Luis Knisel the man who got the final touch.

Hampstead and Westminster had a number of chances in the second quarter, forcing Mannheimer’s keeper Lukas Stumpf into action to keep his side’s slimmest of leads.

Mannheimer could have doubled their lead in the 39th minute as they earned a pc, the shot from Gonzalo Peillat was charged down and a re-award was kept out by Hampstead.

Pressing forward for the equaliser, Hampstead’s Will Calnan was fouled to earn them a pc. With Kwan Browne off the field, the responsibility fell to Matt Guise-Brown to slot home the equaliser. 1-1

Hampstead had an opportunity to go ahead just before the end of the quarter, a Kwan Browne pc was kept out by Lukas Stumpf.

A bullet of a pc strike from Gonzalo Peillat put Mannheimer back in the driving seat 2-1, with 13 left on the clock.

There were several exchanges in the final 10 minutes but it was Mannheimer who held on tight to their lead and will progress to the Final8 at Easter 2020.

Speaking to Mannheimer’s Patrick Harris after the game he was delighted with the win “It was a real fight to the very end for sure, a game that could have gone either way.” Citing his side’s EHL experience he added: “Yeah, playing in the EHL gives you real confidence and you get more comfortable in this environment, it certainly helped that our keeper, Stumpf, had a great game!”
Could it be ’their year’ to lift the Alain Danet Cup? “We prefer to take it game by game, but would certainly like to think that it would be possible!”