Watch the GRA vs WAT highlights 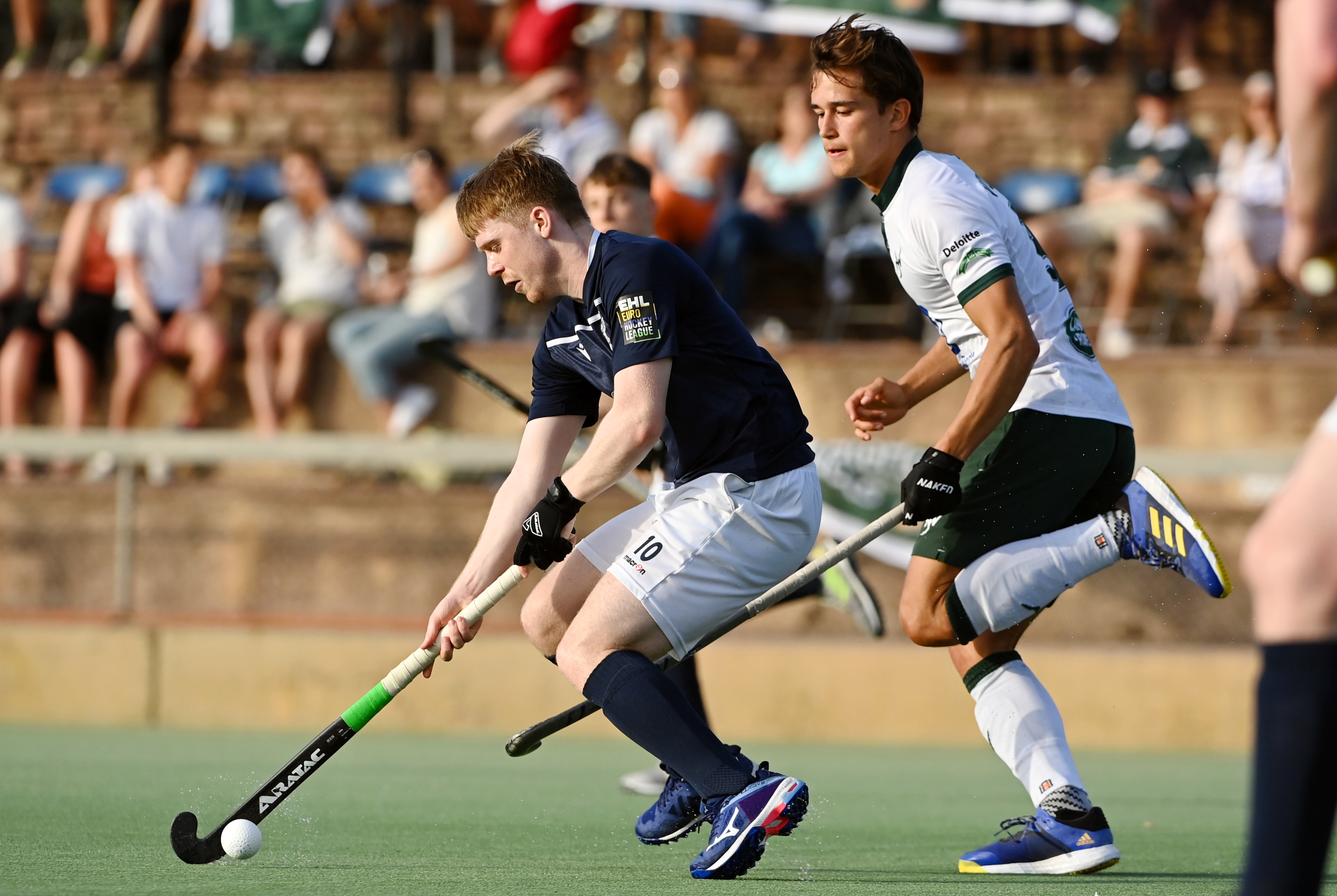 2019 EHL winners Waterloo Ducks picked up a strong 7-0 win over Scotland’s Grange to advance to the FINAL4 in Terrassa.

A promising beginning from Grange saw them earn an early corner but they could convert. As such, neither side was able to establish any authority over the game in the first quarter, which ended 0-0.

Waterloo, though, soon took control. A free-in on the 23 metre line and a well worked Ducks routine saw them find the space and a deflection from Guillaume van Marcke put them ahead.

Seconds later, they had a corner which Victor Charlet converted at the second attempt, 2-0 at half-time.

A further hat-trick of penalty corners from Charlet widened the gap between the teams in the 3rd quarter and the Ducks found themselves 0-5 ahead going the last period.

A tired Grange HC attempted to keep the score line down, but to no avail, as Waterloo Ducks added two more, a Tommy Willems penalty stroke in the 47th minute and the final nail in the coffin was via William Ghislain in the last minute.

Grange captain Alan Johnston, speaking after the game, said: “The game was as we expected, it always great to play at EHL. The next games are of course important for ranking points so we will go out, do our best, and see what happens against some of the best players in the world!”

Waterloo Ducks Gauthier Boccard captain when asked about how their Charlet penalty corners impact the game, he replied with a chuckle: “A lot! I think he is working very hard on them and we see the results. It took us a while to get into the game, but we settled in the second quarter, with a bit more physicality and assured on the ball which made it easier to score.”